2022/4/29
On March 20, 2022, the Consulate General of Japan in Los Angeles, Western Diocese of the Armenian Church of North America, and Japan Foundation Los Angeles co-organized an event at the Western Diocese featuring a virtual presentation by Ambassador of Japan to the Republic of Armenia Masanori Fukushima and a performance by the Hana Hibiki Duo.

Titled “An Evening of Music: Bridging the Next Generation of Leaders,” the program brought together young leaders of the two communities represented by Nerouj and the LA Next Generation Japanese American-Yonsei Leaders and celebrated the 30th anniversary year of diplomatic ties between Japan and Armenia.  Special guests included Mayor Paula Devine and Councilmembers Ara Najarian and Vrej Agajanian of the City of Glendale, and Mayor Jeff Maloney of the City of Alhambra.

The program was moderated by Stepan Khzrtian, who shared the past history of collaborative friendship events between the Los Angeles region Armenian and Japanese communities involving the Consulate General of Japan in Los Angeles, including the 2019 program at the Western Diocese exploring the story of former Honorary Consul of Armenia to Japan Diana Apgar, known for her role in aiding Armenian refugees in Japan during the 1920s.

The evening began with remarks by Archbishop Derderian, Consul General Akira Muto, and Consul General of Armenia in Los Angeles Ambassador Armen Baibourtian.  Musical interludes throughout the program by the Hana Hibiki Duo featured Kozue Matsumoto on koto and Rachel Rudich on the shakuhachi.  The duo delighted the crowd with traditional Japanese and Armenian songs.

A highlight of the evening was a video presentation by Ambassador of Japan to Armenia Masanori Fukushima.  Ambassador Fukushima described the current state of Japan-Armenia relations including Japan’s development assistance to Armenia.  Ambassador also answered questions prepared by the younger generation leaders, which addressed future areas of cooperation between the two countries and encouragement to Los Angeles region communities to continue to engage in the bilateral relationship.

The reception that followed the program featured Armenian and Japanese food and beverages, from special supporters including Ozeki Sake, Torisho Japanese fried chicken, and Zensho.  Jennifer Hirano of the LA Next Generation Japanese American-Yonsei Leaders provided remarks and Delilah Shahbazian of Nerouj provided the toast.
NEROUJ

Nerouj, an Armenian word meaning “inner strength”, simply formalizes the well-known proverb: ‘It takes a village.’ We are the inner strength behind that village. With the leadership of the Western Diocese of the Armenian Apostolic Church of North America, the parent organization behind Nerouj, this diverse team is committed to developing a new platform for communication between the Armenian youth and Los Angeles-based professionals.

An initiative in collaboration with the Consulate General of Japan in Los Angeles to cultivate next generation Japanese American leaders in Los Angeles to be engaged in U.S.-Japan relations and to be a bridge with Japanese counterparts locally and in Japan.

Video message by Ambassador of Japan to Armenia Masanori Fukushima 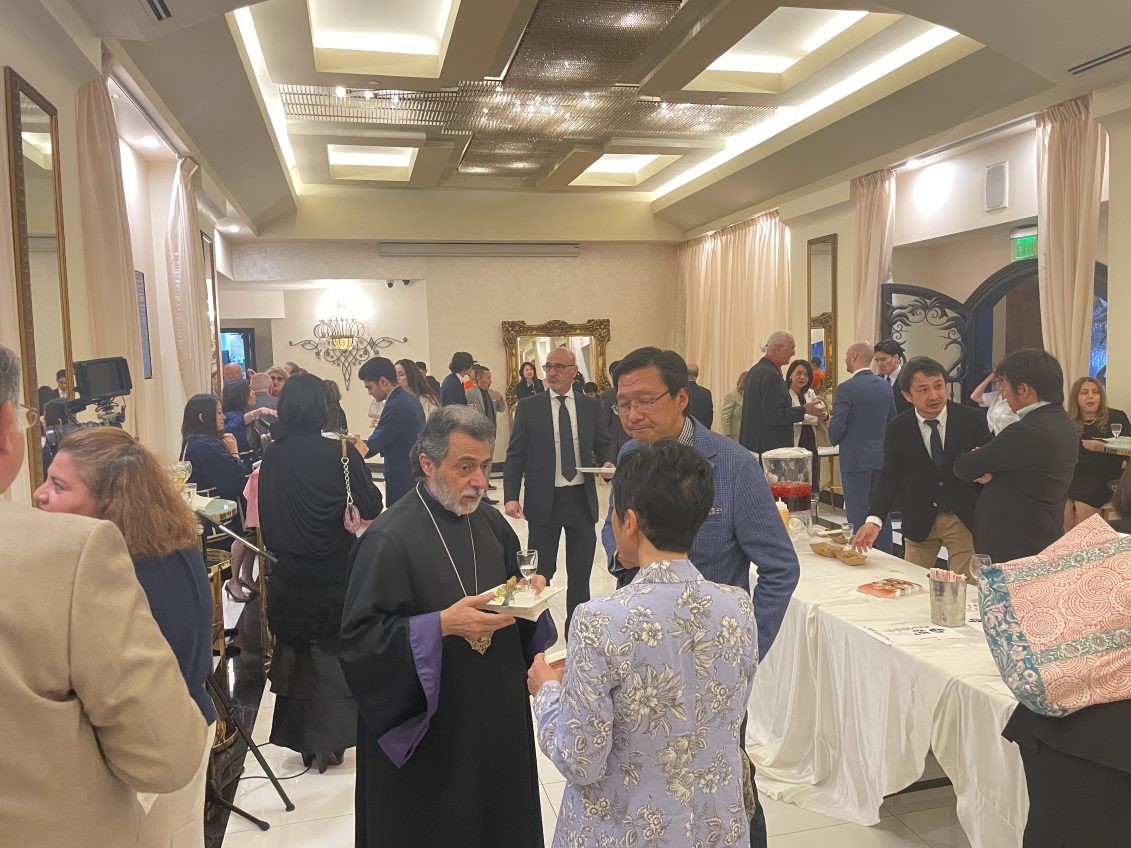