2021/4/28
On April 29th, 2021 (Japan Standard Time), the Government of Japan announces the recipients of its Spring 2021 Decorations. From the jurisdiction of the Consulate General of Japan in Los Angeles, the following two distinguished persons will be awarded. Information about a conferment ceremony will be provided at a later date.

The recipients’ meritorious service towards Japan is as follows:

For nearly four decades, Mr. Douglas Erber has been promoting friendship, goodwill and understanding between Japanese and Americans through his work and volunteer activities.  For 27 years, Mr. Erber was an active member of the Japan America Society of Southern California (JASSC), a prominent Japan-related organization in Southern California, having served as president for 17 years. As president, he oversaw the organization’s strategic direction, as well as planning and execution of numerous events and projects with the goal of promoting cultural exchange, friendship and goodwill. He also served as president of the Sister City Association of Huntington Beach, greatly contributing to understanding towards Japan, and promoting friendship and goodwill between Japan and the United States.

In the aftermath of the March 11, 2011 Great East Japan Earthquake, as JASSC president, Mr. Erber worked with the Board of Directors and immediately launched the 2011 Japan Relief Fund to actively raise disaster relief funds. JASSC raised nearly $1 million by the end of March 2011, and increased that tally to more than $1.5 million by 2016, with proceeds going directly to aid victims and long-term relief through organizations operating in the disaster zone. In the years that followed the disaster, Mr. Erber often traveled to the region to visit organizations and facilities that received support through the JASSC’s relief fund. Also, Mr. Erber championed the Fukushima Youth Cultural Exchange Program, which ran from 2013-2018 and invited children from youth homes in Fukushima to Los Angeles, underscoring his long-term support to disaster rebuilding efforts.

In November 2001, Mr. Erber invited Japanese Kite Master Mikio Toki from Japan to Southern California and spearheaded the establishment of the Japan America Kite Festival®. In addition to kite demonstrations by Mr. Toki, the kite festival featured Japanese candy making, taiko drum performances and Japanese food vendors. The festival promoted cultural exchange between Japan and the U.S. and was highly acclaimed, drawing interest among major media outlets in Southern California. In 2013, the event drew approximately 15,000 attendees, making it the largest Japan-related kite event outside of Japan. Also beginning in 2001, Mr. Erber organized and accompanied Mr. Toki to public elementary schools in the greater Los Angeles region to annually present kite-building workshops that teach up to 1,300 students about the tradition of Japanese kite-making using bamboo and Japanese washi paper.

When Prime Minister ABE Shinzo visited Los Angeles in May 2015, the Consulate General of Japan in Los Angeles and JASSC co-hosted a large welcome luncheon. Mr. Erber helped coordinate the attendance of Los Angeles Mayor Eric Garcetti and officials from Japan-related organizations in the region, overseeing the luncheon’s planning and operations, making it a notable success.

As a college freshman in 1984, Mr. Erber participated in an exchange program in Anjo city, Aichi prefecture, the sister city of Huntington Beach, California. That indelible experience prompted Mr. Erber to return to Anjo in 1989, and he spent two years as an assistant language teacher and international coordinator. Upon returning to the U.S., he became the youngest-ever director to join the Sister City Association of Huntington Beach. Mr. Erber went on to serve as the association’s president for three years from 1994. During that time, he helped to further enhance ties with Anjo, including the presentation of a Huntington Beach oil pump as a gift symbolizing the cities’ friendship to Anjo Industry Culture Park Denpark, when it opened in 1997. Subsequently, Mr. Erber has served as an advisor to the association, and he welcomed to Huntington Beach a visiting delegation from Anjo in 2002 to mark the Japanese city’s 50th anniversary of its incorporation. Mr. Erber was also involved in festivities proclaiming the two cities’ perpetual friendship, and contributed to the launch in 2014 of the Huntington Beach Cherry Blossom Festival (now known as the Orange County Cherry Blossom Festival). As advisor, Mr. Erber continues to work diligently to promote friendship and goodwill and cultural exchange between the two cities. 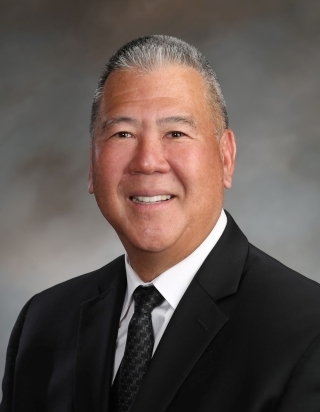 Mr. Yamahata has been committed to serving the Japanese American community since his early career at the LAFD, where he became actively involved in basic fire education programs developed by the LAFD for local residents. He participated in monthly meetings of the Little Tokyo Public Safety Association as the LAFD representative, provided information on disaster crisis management, and guided Safety Association members on improving safety at their offices. He has generously spread knowledge of firefighting to various Japanese American organizations and has continued his contributions as a firefighting expert for more than 30 years, benefiting the disaster prevention, security, and steady development of the community.

In his role as Chief Deputy of Emergency Operations at the LAFD, he actively engaged in international cooperation with Japan through firefighting, providing information on LAFD operations on behalf of the LAFD to research teams visiting from Japan, thereby helping Japanese local governments improve their firefighting capabilities.

Mr. Yamahata was appointed a member of the Board of Directors of the Nisei Week Foundation in 2015, and was named President in 2019. Drawing inspiration from his career as a firefighter, Mr. Yamahata designated “Fired Up” as the 2019 Nisei Week Festival theme and developed various promotions tied to the festival to enliven the community.

In particular at the annual Dodgers Japan night sponsored by the Los Angeles Dodgers in July 2019, Mr. Yamahata called on spectators at Dodgers Stadium to participate in the Nisei Week Festival, introducing the festival to a wide audience, where baseball stars Shohei Ohtani and Kenta Maeda along with tennis champion Naomi Osaka were gathered that evening. At that year’s Nisei Week Festival, Los Angeles Mayor Eric Garcetti also participated in the parade.

Mr. Yamahata first visited Japan as a member of the 2013 Japanese American Leadership Delegation program sponsored by the Ministry of Foreign Affairs, which ignited his interest in further involvement in the Japanese American community. Upon retirement from the LAFD in 2013, Mr. Yamahata used his vast knowledge to provide guidance directly to the community in areas such as basic medical assistance, safe rescue strategies, and emergency preparedness in the case of natural disasters such as earthquakes and tsunamis. At the Japanese American Cultural and Community Center, where he serves as a member of the Board of Directors, he provides guidance during the Center’s annual evacuation drills.

Through his prominence in the Los Angeles community in his years of service as a firefighter achieving the highest rank ever in the LAFD as an Asian American, and in a range of volunteer activities in the Japanese American community, Mr. Yamahata has contributed greatly to the welfare of the community and the strengthening of the U.S.-Japan relationship through enhancing the relations between Japanese Americans and Japan.