On November 3rd, 2020 (Japan Standard Time), the Government of Japan announces the recipients of its Fall 2020 Decorations. From the jurisdiction of the Consulate General of Japan in Los Angeles, the following two distinguished persons will be awarded. 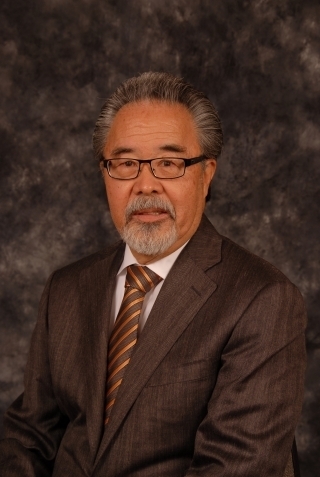 Mr. Dennis Otsuji has been involved in Landscape Architecture and Urban Planning for over 50 years and has also served as President of the American Society of Landscape Architect(ASLA), advancing landscape architecture through advocacy, communication, education and fellowship. As President of the Japanese Friendship Garden Society of San Diego his enthusiasm and achievements promoting Japanese culture and tradition has served as a symbol of U.S. – Japan friendship. He also has contributed to disseminate the history of the internment of Japanese Americans by the design and management plan for the Manzanar National Historic Site as well as facilitating the completion of the National Japanese American Memorial in Washington DC.

Mr. Otsuji was appointed as a board member of the Japanese Friendship Garden Society of San Diego in 1999 and has served as President since 2009. In the expansion completed in 2015, in addition to proposing innovative designs as a landscape architect and adding venues to further disseminate Japanese culture and tradition, his management skills and good relationships he had built over many years as President greatly helped facilitate the project while working with the City of San Diego. Also, he took a leadership role in the major capital campaign raising 6.1 million dollars including international donations. This expansion also recently led the Garden in June 2020 to become the first Japanese garden in the United States to be certified as a museum by the American Alliance of Museum. Mr. Otsuji continues his passion to further disseminate Japanese culture and tradition through the Garden.

Since 1979, Mr. Otsuji has been a active member of ASLA and was elected as President in 1994.  In 1998 for his unparalleled contribution to the profession, Mr. Otsuji received the Presidents Medal from ASLA. In 1992, while serving as Vice President of Policy at ASLA he was asked to serve as the Chairman of the ASLA Committee to work with the Manzanar Committee and Manzanar Advisory Commission in conjunction with the National Park Service to guide and assist them in the planning and preparation of the General Management Plan for the Manazanar Historic Site to accurately interpret the history of the internment of Japanese Americans during World War II. Mr. Otsuji accomplished that task leading the eight member committee who were all interned in one of the ten internment camps during World War II. Mr. Otsuji was interned Amache, Colorado. His involvement with Manzanar was completed in 2012, however he continues to visit annually and stay in contact with its progress at Manzanar.

From 1998 to 2000, while he was a board member for the National Japanese American Memorial Foundation, Mr. Otsuji facilitated and coordinated with the Foundation’s Board of Directors, architect and construction company in the design and construction of the National Japanese American Memorial located in Washington DC. The memorial “Commemorate the experience of American citizens of Japanese ancestry and their parents who patriotically supported this country despite their unjust treatment during World War II.” 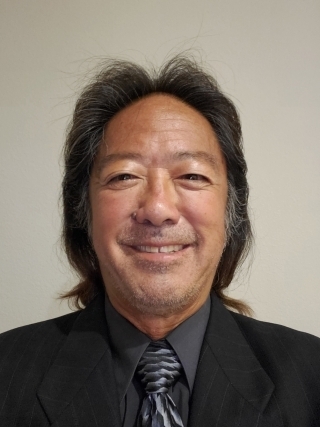 While Mr. Tanaka has been producing high quality vegetables and fruits at his farm in Irvine, Orange County for over the 40 years, he has contributed to the community by organizing the nutritional education for children as well as harvest tours at his farm. Mr. Tanaka has also donated to the victims at the affected farms as well as the students who study agriculture at the areas affected by the Great East Japan Earthquake.

Mr. Tanaka started “Walk the Farm”, a fund-raising event for the Eastern Japan including Fukushima prefecture, with the “Orange Coast Optimist Club’s Helping Farms Feed Families”, which was established in 2011 when Mr. Tanaka was President of Orange Coast Optimist Club. At the event, the participants can have an opportunity to enjoy seasonal harvests at the farm, and at the same time, the participants can deepen their understanding of the earthquake disaster at the exhibition booth to inform the current situation of the affected areas by the Great East Japan Earthquake. The funds raised at the event has been donated to the earthquake victims.

Since its launching in 2011, the event has been supported by the total of over 5,000 volunteers, and participated with more than 15,000 visitors. As a result, more than 800,000 US dollars are donated to Japan. In 2020, the event was cancelled, because of the coronavirus pandemic; however, Mr. Tanaka raised 20,000 US dollars donation. So far, the donation has been distributed to 20 farmers in the affected areas by the Great East Japan Earthquake in 2011, 8 students who studies agriculture at the Iwate University and the Fukushima University.

When Mr. Tanaka was President of the Orange Cost Optimist Club, he was actively involved in the youth education. In 2012, Mr. Tanaka set up the Youth Advisory Committee within the organization. The establishment made it possible to provide coordinated support to the youth activities and ensure the continuity of the activities. In 2012, Mr. Tanaka also launched exchange program by inviting Japanese secondary and high school student. Every year, the Club invites 30 to 120 students to the “Walk the Farm” event to interact with the students in California.

Mr. Tanaka has been also engaged in the operation of the Tanaka Farm over 40 years, including the joint operation with his farther. He is not only producing the agricultural products, but also providing the opportunities to experience farming to the wide range of the community. In 1988, Mr. Tanaka launched farm experience program for the local children. In 1998, he opened his farm to the public, and launched educational tours and agritourism for the public. Currently, he provides agricultural experience to 150,000 people including 35,000 children in urban area every year, and engages in agricultural education and training of successors.

Mr. Tanaka has contributed to the local community. He has been organizing the New Year’s mochi pounding event at the Tanaka Farm to inherit Japanese culture for the long time. He also organizes many harvest events such as strawberry and pumpkin, with the Japan Business Association of Southern California. The annual pumpkin harvest festival in October is the biggest event with more than 100,000 visitors.

Mr. Tanaka’s long-time contribution to the community was recognized by many organizations. For example, in 2017, he received the Green-White Achievement Award from the Agricultural Society of Japan.