On May 21st, 2019 (Japan Standard Time), the Government of Japan announces the recipients of its Spring 2019 Decorations. From the jurisdiction of the Consulate General of Japan in Los Angeles, the following two distinguished persons will be awarded. Information about a conferment ceremony will be provided at a later date.

When Mr. Henry H. Takei was a Clinical Professor, Section of Periodontics, School of Dentistry, University of California, Los Angeles (UCLA), he worked with Meikai University and Asahi University, and established the Student Exchange Program to UCLA in 1993. This program became a UCLA permanent program, and a total of 385 students and lecturers have participated until now. Mr. Takei contributed to guiding and training junior researchers in the field of periodontics, and promoting academic exchange between Japan and the United States.

Since 1973, Mr. Takei has been lecturing at several educational institutes and Universities in Japan. He has been giving lectures almost every year in many places in Japan including Tokyo, Saitama, Yamagata, Yokohama, Fukuoka, Osaka, Nagoya, Chiba, Niigata, Kobe, Kagoshima, and Kyoto. He has visited Japan more than 50 times over 46 years to 2018. These lectures were precious opportunities to provide the leading-edge education to thousands of dentists throughout Japan, and contributed to the development of the field of periodontics, especially in periodontology and implant therapy.

Mr. Takei is one of the four editors and also coauthor of “Carranza’s Clinical Periodontology”, which is widely used in the world and recognized as a culmination of periodontology studies to date. He also wrote “Periodontics and Implant Therapy” which is a must-read book for young dentists. These publications were translated in Japanese and utilized at educational institutes, and contributed to developing the field of periodontics in Japan.

Mr. Takei has his dental office in Los Angeles downtown where many Japanese live and work, and has treated Japanese patients from inside and outside of the United States. He provided dental treatments in both Japanese and English language to Japanese living overseas as well as Japanese Americans, and contributed to the improvement of health and hygiene of the Japanese community.

Ms. Yasuko Sakamoto was born in Iwaki City, Fukushima Prefecture in 1948.  Upon graduating from high school, she moved to Tokyo and studied English Literature at Meiji Gakuin University while working.  She returned to the same university after graduation for Social Work program in the Sociology Department hoping to become a case worker. She was also working as a governess during the same period.  Upon receiving Bachelor’s degree in Social Work, she started working at a neurology clinic in Tokyo and provided services to both inpatients and outpatients as a case worker.

In 1976 Ms. Sakamoto moved to Los Angeles.  She worked as a case manager for 1 ½ years at Oriental Service Center, which was established as the first organization in Los Angeles providing social services for the Asians and Pacific Islanders, then joined Little Tokyo Service Center (LTSC), which was newly established in 1980, as one of its first staff members.  While working at LTSC, she completed a Master’s Degree in Social Welfare at UCLA and later obtained a license as a clinical social worker (LCSW).  As a Japanese-English bilingual social worker, Ms. Sakamoto has provided essential support for Japanese speakers, such as Issei (first generation) seniors and Shin-Issei (new first generation) families, who were unable to access English-only welfare services. She has also often worked alongside with other social services agencies, police departments, and courts on behalf of her clients.

Ms. Sakamoto has greatly contributed to the development of culturally sensitive and linguistically appropriate mental health and social welfare services for the Nikkei community by building the foundation for LTSC to grow into a multi-faceted organization through development of numerous programs such as the Nikkei Family Counseling Program, and, after assuming a founding director of social services of LTSC in 1996, by supervising and training a cadre of social worker under her rich experience of practical work and leadership.  In order to sustain the programs, Ms. Sakamoto applied for and received grants and collaborated with government agencies, foundations and private groups.

After retiring, Ms. Sakamoto started “Sakamoto-Juku” which is an extra-curricula focus group with her colleagues.  This is to enhance social work professionalism, leadership, mentorship, advocacy and the Juku members continue to work for the wellness of the community.

In 2018, being acknowledged with these achievements, she was inducted into the California Social Work Hall of Distinction at USC. 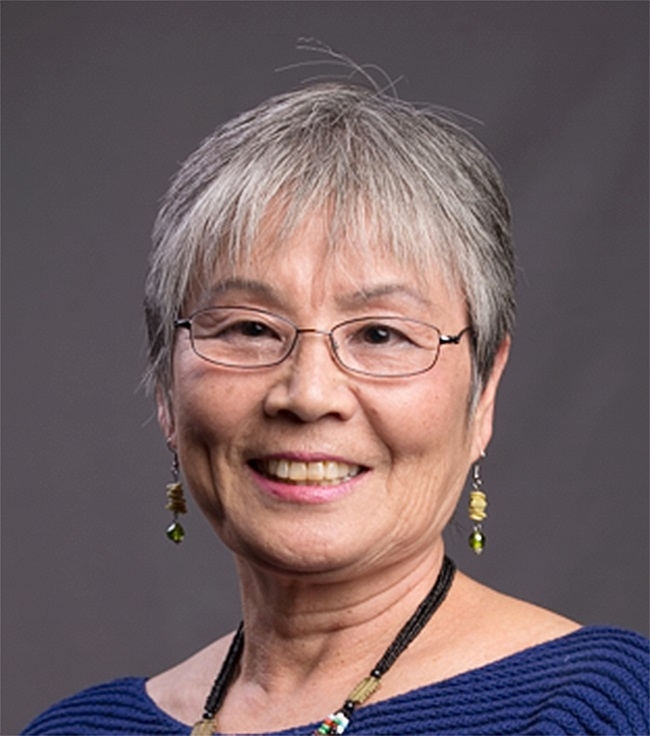