On November 3rd, 2019 (Japan Standard Time), the Government of Japan announces the recipients of its Fall 2019 Decorations. From the jurisdiction of the Consulate General of Japan in Los Angeles, the following two distinguished persons will be awarded. Information about a conferment ceremony will be provided at a later date. 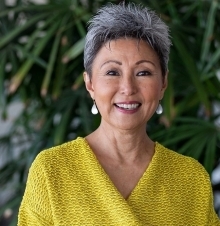 Ms. Nakatomi has also exhibited outstanding leadership in U.S. society beyond the Japanese American community. She has been awarded by several organizations as a prominent opinion leader on topics such as women’s empowerment and leadership and the fight against domestic violence. She also served for nine years as a board member of the Girl Scouts of the USA, six years as International Commissioner, serving as a public face of the organization.

In 2009, Ms. Nakatomi participated in the Japanese American Leadership Delegation sponsored by Japan’s Ministry of Foreign Affairs.  During the program she not only met with representatives of the government and private sectors in Japan, but was also greatly impacted by fellow Japanese American delegation members.  Her participation in the delegation proved to be a turning point, as after her return she became actively involved in promoting U.S.-Japan relations.

The year following her participation in the delegation, she visited Japan with fellow past participants and held meetings with Japanese government officials to discuss strategies to advance U.S.-Japan relations. She has also presented at numerous orientations for the delegation held annually, and has also participated in the meeting of heads of Japanese missions in the U.S. and Japanese American leaders, contributing greatly to the advancement of U.S.-Japan relations.

In relation to the Great East Japan Earthquake, she co-produced the documentary “Stories from Tohoku.” Through depicting the Japanese Americans who led fundraising efforts in the U.S. for Tohoku and their personal exchanges with those in the affected areas, the film captured the rediscovery of their connection with Japan and their Japanese identity within themselves, along with the courage of the earthquake survivors living with hope and resilience.

Additionally, in 2018 she co-produced the documentary “Norman Mineta and his Legacy: An American Story.” This documentary memorializes for future generations the immigrant story of Japanese Americans, contributions of Secretary Mineta’s work to fight for redress and reparations from the U.S. government to recover the honor of Japanese Americans who were incarcerated during World War II and the his continuing involvement to foster U.S.-Japan relations.  In November 2018, after having screened the documentary in various U.S. locations, Ms. Nakatomi traveled to Japan with Secretary Mineta for a screening at the U.S.-Japan Council’s Annual Conference in Tokyo.

Ms. Nakatomi is President of Nakatomi & Associates, a strategic communications firm. She is advisor to CEOs and management teams and leads the firm’s issues management and organizational change practice. 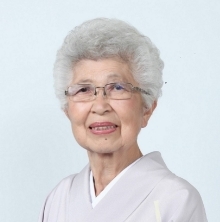 Mrs. Shohara Hisako began studying flower arrangement in 1942 under the Ohara School of Ikebana. Since arriving in Los Angeles, Mrs. Shohara has shared the traditional Japanese cultural art of ikebana with the public through her teaching. In addition to teaching ikebana flower arrangement to the spouses of U.S. service members formerly stationed in Japan, Mrs. Shohara has taught students community service extension classes at Los Angeles City College for over 30 years. Her instruction to local students and adults has helped deepen understanding about ikebana. Some of her former students have gone on to become licensed teachers themselves, carrying on Mrs. Shohara’s passion for ikebana.

Over the years, Mrs. Shohara has held many exhibits and ikebana demonstrations during Nisei Week and at such venues as the Japanese American Cultural and Community Center and the Japanese American National Museum. In addition, her exhibits and demonstrations at the Los Angeles County Museum of Art and the Price Collection have helped pass on traditional ikebana techniques to students, ensuring that the cultural art is shared with younger generations. In recognition of Mrs. Shohara’s achievements, she was presented “The Woman of the Year”,” Distinguished Service Awards” by the Japanese Women’s Society of Southern California and the Japanese American Citizens League, Downtown Los Angeles Chapter.

In 1992, Mrs. Shohara was named an honorary advisor of the North American Ohara Teachers Association. Mrs. Shohara participates in annual North American Ohara Teachers Association conferences held across the United States, aiding instructors sent from the Ohara School Headquarter Center and providing support to fellow instructors of North America’s 32 chapters. In recognition of her achievements outside of Japan, she was named an honorary lifetime member by the Ohara School Headquarter Center in 2011.

When the Ikebana Teachers Association of Southern California was launched in 2015 through the integration of Kadokyojukai and Nanka Ikebana Kyojukai, Mrs. Shohara became its inaugural president, a recognition of her rich experience in the field and leadership skills.

In recognition of her more than half-century of notable accomplishments promoting ikebana culture, Mrs. Shohara was awarded the Foreign Minister’s Commendation in 2016.