2017/11/3
On Nov. 3rd, 2017 (Japan Standard Time), the Government of Japan announces the recipients of its Autumn 2017 Decorations. From the jurisdiction of the Consulate General of Japan in Los Angeles, the following two distinguished persons will be awarded: 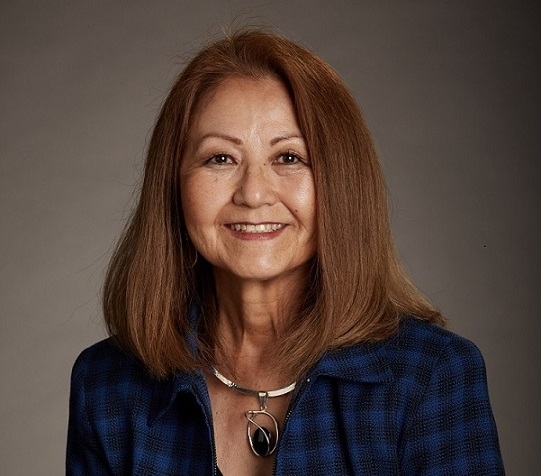 Since 1992, she has been actively involved in the enhancement of goodwill and welfare in the Japanese and Japanese American communities and the promotion of Japan-U.S. mutual understanding through membership in the Japanese Chamber of Commerce of Southern California. Her appointment as President of the Chamber in 2016 was groundbreaking as she became not only the first female president, but was also the first whose mother language is English. She has created the foundation necessary for the strengthening of bridges between Japan and the United States through deepening relations with the regional community. In addition to appealing to an increased number of Japanese Americans to join the Chamber as members, through her networks in American society she helped realize events between the Chamber and organizations such as the Port of Los Angeles and chambers of commerce of other communities. During her term as President of the Chamber, Ms. Sankey served on the Japan House Los Angeles Steering Committee which was formed to provide advice on the projected opening of the Japan House in the fall of 2017, and participated in discussions as a representative of the local Japanese American community.

Since 2006, she has been involved in the Japanese Women’s Society of Southern California, which implements activities that promote friendship among Japanese-heritage women and social welfare projects, and contributes greatly to the advancement of women. She has served as Vice President since 2008, and has also served in various other positions such as Chair of the Scholarship Committee, and has initiated visits to Japanese American seniors in the community. She led a collaboration with the JACL– Downtown LA Chapter, of which she serves as Vice President, to annually honor “Women of the Year” with awards to recognize the contributions of women.

Ms. Sankey has also served for many years as President of the JACL – Downtown LA Chapter, and actively worked to lobby the U.S. government for redress concerning the Japanese American internment during World War II. Through her involvement in the JACL she has also contributed greatly to the larger community, including Downtown LA’s Skid Row where due to the large homeless population many children are unable to get an adequate education. In 1989 she was Chair of her JACL chapter’s 60th Anniversary Celebration which concurrently was a fundraising dinner to raise scholarship funds for Ninth Street School, which many Skid Row children attended. This fundraising effort led to an increase in awareness of the plight of the children, and became the impetus for the establishment of a scholarship mechanism for Ninth Street School. Mrs. Thelma Press was born in Darjeeling, India when it was part of the British Empire. She studied geography at Loreto College in Calcutta, where one of her teachers was Mother Teresa, now Saint Teresa of Calcutta. After the end of World War II in 1945, when Mrs. Press was traveling by ship through Asia to the United States, she was exposed to the misery and wreckage from the war and the plight of children in refugee camps. She resolved that children should not be punished for the sins of adults, and that she would do anything she could to help. Thereafter she developed a strong commitment to world peace. Her strong will and passion, commitment to volunteerism, and untiring energy venturing into uncharted areas attracted many supporters, and she became a pioneer of the sister city movement in the United States. She has been recognized for her contributions on numerous occasions. Sister Cities International honored her with the Ruth Hashimoto Award in 2009 and in 2012 she was assigned the organization’s highest designation of “Global Envoy.” Mrs. Press has thus far received 62 awards from various organizations for her achievements, including an Honorary Doctorate in Business Administration in 2011 from California International Business University for her work in International Relations.

After settling in San Bernardino, California, she co-founded the San Bernardino-Tachikawa sister city relationship in 1959. This relationship was the first within the city of Tokyo (Tachikawa is a district of Tokyo), and was the 27th formed in Japan. Between 1965 and 1974, she served as the Chair of the San Bernardino-Tachikawa Sister City Committee, along with her husband Louis Press. The high school student exchange program, a core program of the relationship, remains active to this day. Over 200 students from the two cities have participated to date and include Japanese students who were welcomed into the Press home and became part of their extended family. Mrs. Press also served for close to 20 years as the Cultural and International Affairs Director for the Mayor’s Office at the City of San Bernardino, and in 2013 to commemorate the over 50 years of the sister city relationship, the City of San Bernardino dedicated a plaque at City Hall in honor of Mrs. Press and her husband.

In 1972 Mrs. Press was appointed as the state representative for California of Sister Cities International, and was elected to the national Board of Directors in 1977. Her achievements, leadership, and great knowledge of sister cities became well known nationally. Mrs. Press also became deeply involved with the San Diego sister cities program while living in San Bernardino. She became a board member of the San Diego-Yokohama Sister City Society in 1981, later served as Vice President, and then as President from 2013 to 2015. During her presidency, she not only strengthened exchanges in people-to-people relations and culture, but also in trade and education through realizing economic exchanges with the City of Yokohama and sister school ties.

In 1994 Mrs. Press became a member of the Board of Directors of the Japanese Friendship Garden Society of San Diego, and has served as First Vice President since 2013. In overseeing the expansion project of the Garden which included the opening of the Inamori Pavilion in 2015, Mrs. Press was a key member of meetings on a broad range of aspects including fundraising and design, to ensure Japanese tradition was authentically reproduced. The Garden actively features Japanese seasonal events and exhibits continually throughout the year such as New Year’s celebrations and Cherry Blossom Festivals, and Mrs. Press continuously dedicates her efforts to introduce and promote Japanese culture to the many visitors who visit the Garden from throughout the world.