On April 29th, 2016 (Japan Standard Time), the Government of Japan announced the recipients of its Spring 2016 Decorations. From the jurisdiction of the Consulate General of Japan in Los Angeles, the following three distinguished persons will be awarded: 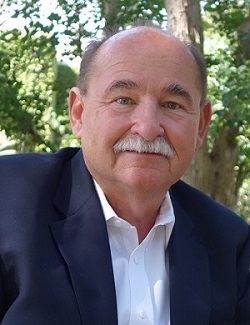 Dr. Folsom joined The Huntington in 1984, where he has served as Director of the Botanical Gardens since 1991. During his tenure, Dr. Folsom has championed the Japanese Garden at The Huntington and its role in promoting Japanese culture among the people of Southern California. Through his guidance, by offering the public opportunities to learn about Japanese culture through the garden, The Huntington has helped enrich mutual understanding and friendship between Japan and the United States.

Completed in 1912, The Huntington’s Japanese Garden is among the oldest of its kind in North America. The site is home to the Japanese House dating back to the early 1900s, a wooden moon bridge, the Zen Court, a bamboo grove, a bonsai court as well as a ceremonial teahouse. The Japanese Garden, which opened to the public in 1928, has attracted more than 20 million visitors to its traditional Japanese landscape. Showcasing the garden as a vehicle for cultural enrichment, The Huntington offers numerous opportunities for visitors to experience Japanese cultural arts such as ikebana, bonsai and suiseki viewing stones.

When Their Majesties the Emperor and Empress of Japan toured the Huntington Library during their U.S. visit in June 1994, Dr. Folsom presented them details about the Japanese Garden.

Dr. Folsom later oversaw The Huntington Botanical Gardens’ donation of 1,300 “Pink Cloud” cherry trees to public organizations and institutions in Southern California and Arizona. This coincided with the 2012 Japan-U.S. Cherry Blossom Centennial, which commemorated the gift of cherry blossom trees in 1912 from Tokyo, Japan to Washington, D.C. He also spearheaded a large-scale restoration of the Japanese Garden to mark the site’s own centennial in the same year.

In 2013, the Consulate General of Japan in Los Angeles conferred on The Huntington Library, Art Collection and Botanical Gardens the Foreign Minister’s Commendation in recognition of their contribution to the promotion of mutual understanding between Japan and the U.S. through years of active involvement with cherry blossoms, a Japanese national symbol. 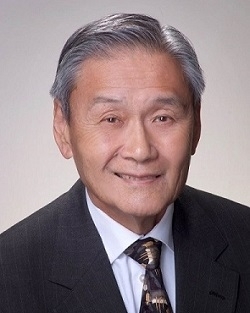 Mr. Alan Takeshi Nishio was born in 1945 in Manzanar, California and grew up in the Venice-Mar Vista area of Los Angeles. He received his B.A. in Political Science from the University of California, Berkeley in 1966 and his M.A. in Public Administration from the University of Southern California in 1968. He completed a certificate program in Asian Studies at Sophia University in Tokyo in 1972, after a six-month course of study. Thereafter he returned to the United States and became a prominent leader in the Japanese American community, dedicating his efforts to the community’s welfare and recognition in U.S. society.

Mr. Nishio has been involved with the Little Tokyo Service Center since its early years, serving as a Board Member from 1984, Board President from 1994-1998 and 2003-2014, and currently as Chair of the Board of Governors. Under his leadership, the center developed extensive services for Japanese language speakers, which are the only linguistically accessible services of their kind offered in the region. He also propelled the realization of the Budokan of Little Tokyo Project to bring a community sports center to the Little Tokyo neighborhood. Soon to break ground, the Budokan will advance the preservation and promotion of Japanese traditions in the Southern California region for generations to come.

Mr. Nishio has also been involved in various efforts to promote deeper understanding of the Japanese immigrant experience in the United States. He was Chair of the California Japanese American Community Leadership Council from 2005-2015. Mr. Nishio also played an instrumental role in the fight for Japanese Americans to attain redress as Founder and Co-Chair of the National Coalition for Redress/Reparations. His leadership from 1980-90 assisted in the passing of the Civil Liberties Act of 1988 and has greatly enhanced the understanding of Japanese Americans and their unique history, challenges, and triumphs in the U.S.

Mr. Nishio was a delegate of the inaugural class of the Japanese American Leadership Delegation Program in 2000, sponsored by the Ministry of Foreign Affairs of Japan.  Since his participation he has continued to enhance the bilateral relationship.  After the 2011 Great East Japan Earthquake, he traveled to Japan several times on U.S.-Japan Council delegations to assist Japanese non-profit/non-governmental organizations involved in Tohoku’s recovery.
Mr. Nishio has long been engaged as a mentor to younger community leaders and taught seminars in Asian/Asian American Studies at California State University Long Beach where he served as an administrator from 1972, retiring as Associate Vice President of Student Services in 2006.  Today he serves on the Board of the Japanese American Cultural and Community Center and as an Advisor to Kizuna, an organization striving to nurture the next generation of Japanese American leaders. 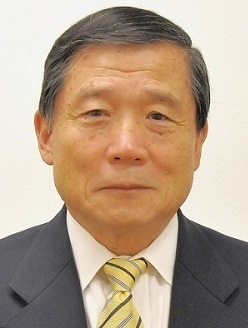 Mr. Yasuo Kumoda was born in Karafuto on May 23, 1941. When he was five years old, his family resettled in Hokkaido. After graduating from the Law Faculty at Aoyama University, he began his career at Morinaga Milk Industry Co., Ltd. in 1966. Mr. Kumoda was assigned to become the first President of Morinaga Nutritional Foods, Inc., the U.S. subsidiary of Morinaga Milk specializing in tofu sales in 1985, and he devoted himself to make tofu mainstream in US until his retirement in 2005.

Before Japanese food was widely accepted in US, soybeans were considered only as livestock feed. Mr. Kumoda spent over 20 years popularizing tofu, and achieved the recognition of tofu as a health conscious food product, earning him the nickname “Mr. Tofu.” With the efforts of Mr. Kumoda, Japanese food was able to gain its way into the hearts of the American public and become as popular as it is today.

After his retirement from Morinaga Milk Industry Co., Ltd., Mr. Kumoda has been serving as a visiting professor at Chukyo University, and working to foster young generation to play an active role overseas. In addition, he has been lecturing at the presentation hosted by the Jiji Press Japan in over 60 cities around Japan, and providing invaluable assistance to small and medium-sized business on expanding internationally.

In 2006, Mr. Kumoda became the Chairman of Super Frec U.S.A., Inc., proposing new product ideas on how to make shirataki the next popular healthy food item after tofu. In 2008, he became the Chair of the Board of the Japanese Food Culture Association, and is dedicated to his passion in popularizing Japanese food and food culture throughout the world.

In 2008, Mr. Kumoda was recognized for his contributions to the promotion of the Japanese food culture with an award from the Minister of Agriculture, Forestry and Fisheries. In the same year, he was also awarded from California State Representatives as well as The City of Torrance. In 2015, Mr. Kumoda received Consul General’s Commendation from the Consulate General of Japan in Los Angeles.