On November 2nd, 2015 (Japan Standard Time), the Government of Japan announced the recipients of its Fall 2015 Decorations. From the jurisdiction of the Consulate General of Japan in Los Angeles, the following two distinguished persons will be awarded.

The Conferment Ceremonies for both recipients will be held on a later date. Details will be announced separately. 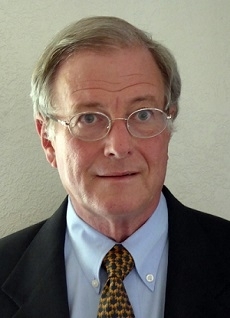 Mr. Kelly Moeur was born in 1951, graduating from the local high school and attending Occidental College, majoring in Economics. Several months before graduation, Mr. Moeur discovered his friend had decided to become an English teacher in Japan, sparking his interest. After applying, he was accepted and entered into a 15-month contract to teach English in Japan along with his friend.

In 1989, discussions of creating a Japanese language school in order to attract more Japanese companies to the area was developed in Phoenix. As a teacher of Japanese, Mr. Moeur decided to participate in this effort, contributing greatly to the establishment of Arizona Gakuen. Due to his background as an educator and his extensive knowledge of the Japanese language Mr. Moeur was appointed Principal of Arizona Gakuen, a post he serves to this day. In addition to providing education fulfilling the guidelines of the Ministry of Education, Culture, Sports, Science and Technology, Arizona Gakuen currently provides Japanese as a Second Language courses as well.

In addition to his work as an educator of the Japanese language, Mr. Moeur contributes to the promotion of friendly relations between Japan and the United States, mainly through the promotion of Japanese culture in Arizona. He has contributed greatly to the Arizona Matsuri since its inception, serving as a committee member. Mr. Moeur also has served as President of the Phoenix Japan America Society and the Arizona Association of Teachers of Japanese, in addition to actively participating in the Japan Business Association of Arizona. 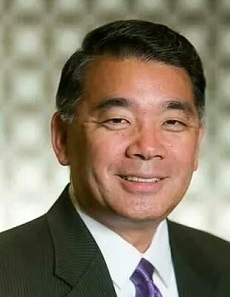 Mr. Terry Hara was born in 1957 in Long Beach, as a third generation Japanese American. Growing up he developed a law-abiding spirit and compassionate heart from his mother, who had experienced life in an internment camp during World War II.

After graduating from college, he joined the Los Angeles Police Department in 1980 and thereafter progressed in his career as a police officer. In 2008, he became the first Asian American Deputy Chief in the department’s history and served as Deputy Chief for seven years until his retirement in March 2015. As Deputy Chief, he furthered the dialogue between Asian American communities and the Los Angeles Police Department, supported Japanese American community organizations, and aided investigation requests from Japan. He also assisted Gunma University in a diversity project that resulted in the Gunma Prefecture police department and other departments adopting a problem-solving model called CAPRA (Client, Acquiring & Analyzing Info., Partnership, Response, Assessment). Through these and related efforts, he greatly raised the profile of Japanese Americans in the Southern California region.

In 2005 he participated in the Japanese American Leadership Delegation and traveled to Japan for the first time. This experience caused him to have a greater awareness of his identity as a Japanese American and his relationship with Japan. In August 2007 he was instrumental in a project to bring a famous Nebuta float from Aomori, Japan for the Annual Nisei Week Grand Parade in Los Angeles. He also hosted students from Japan during the holiday season. These students were from various parts of Japan for several years and performed in a band at the Pasadena Tournament of Roses Parade. In March 2010 he became a board member of the Japan-America Society of Southern California and for two years from March 2013, he served as Chairman, contributing greatly to development of the Japan-U.S. friendship.

After the 2011 Great East Japan Earthquake Mr. Hara expended great efforts collecting relief funds, and when he became Chairman of the Japan-America Society, he especially focused on support to earthquake victims. Among his initiatives was the establishment of the Fukushima Youth Cultural Exchange Program, giving children living in Fukushima orphanages the chance to visit Los Angeles. Additionally, to further promote the Japan-U.S. friendship, he worked to more deeply engage young people and through increasing membership of the Japan-America Society he amplified the base of those interested in Japan.

Mr. Hara has served as a board member of the Japanese Chamber of Commerce of Southern California since 2010, and has served in leadership for various other community organizations including the Japanese American Cultural and Community Center and Go For Broke National Education Center. In 2009, he served as President of the Nisei Week Foundation, which sponsors the annual major Japanese cultural festival of the Los Angeles Japanese American community, and this year in his second term as President, he brought about the great success of the 75th annual festival that included the return of a new Nebuta float from Aomori. This year’s Nisei Week festivities also included several prefectures from the Tohoku area.