We have two Honorary Consuls in our jurisdictional areas. 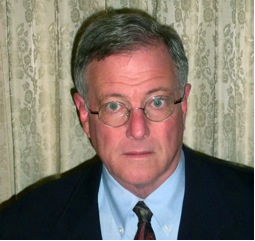 Mr. Kelly Moeur has served as Honorary Consul of Japan in Phoenix since December, 2004.
Three months after graduating from Occidental College, Mr. Moeur arrived in Tokyo on his 22nd birthday in 1973. The goal was adventure, but the result was a lifetime association with Japan. The original plan was to stay in Japan for a year and then return to Arizona. That did not happen for 10 years, in 1983.

Mr. Moeur arrived in Japan, other than Sayonara he did not know a single word of Japanese, and he had never tried sushi, and had never heard of tofu, natto or tonkatsu. Chopsticks were a challenge.

Mr. Moeur has been in education even before graduating. During his college days he did volunteer work at a local elementary school, and in Tokyo worked at a variety of institutions. He taught at Seisen Women’s College in Gotanda, the Training Institute of the Foreign Ministry of the Government of Japan in Myogadani, and was an instructor at the Japan International Cooperation Agency training institute in Akebonobashi.
Since his return to Arizona, Mr. Moeur has been a faculty associate teaching Japanese in the Department of Languages and Literatures at Arizona State University, and is currently a member of the Department of World Languages at Mesa Community College. He was also the Principal of the Arizona Gakuen from 1991 to 2019. AG serves children K through 9, teaching language arts, math, social studies, and science. All classes are taught in Japanese. www.arizonagakuen.org

Mr. Moeur is active in the Arizona Association of Teachers of Japanese (AATJ), and has served as it s president. He also works with the Arizona Japanese Speech Contest, which is sponsored by the AATJ. He is also on the Board of Directors of the Arizona Matsuri, an annual 2-day festival that celebrates the arts and culture of Japan. Last year 70,000 people joined the celebration. www.azmatsuri.org

Mr. Moeur enjoys gardening, hiking and travel. He has traveled extensively in Asia. Well-remembered locales include Nagasaki in Japan, the Annapurna Basin in Nepal, Angkor in Cambodia, and closer to home, the Grand Canyon in Arizona. 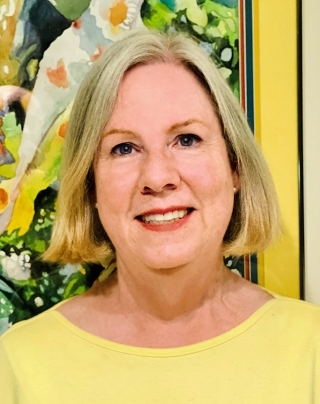 Ms. Kate Leonard was appointed as Honorary Consul of Japan in San Diego in July 2012, in recognition of her decades of involvement with Japan. The position involves safeguarding Japanese nationals in San Diego and enhancement business, cultural and academic ties between San Diego and Japan. She has served as President of the San Diego Consular Corps in San Diego since 2014.

In 1981, upon obtaining her California CPA license, Kate moved to Osaka, Japan, where she was the only American CPA with Asahi Kansa Hojin, Japan’s largest audit corporation. Moving back to the United States in 1985, she continued to interact with the Japanese business community; becoming chair of the Japan Society of San Diego and Tijuana and maintaining her membership in the American Chamber of Commerce in Japan.
Kate has worked with other international organizations, facilitating and participating in Trade Missions to Japan with the World Trade Center San Diego, serving as chair of CalCPA’s Global Opportunities Committee, CalCPA’s International Conference Co-chair and founding (and frequently chairing) the US-Mexico Annual Joint CPA Conference.

International tax is the focus of Kate Leonard’s practice as a partner with Hutchinson and Bloodgood, LLP. As part of this practice Kate works closely with law firms under Kovel letters to serve clients who have entered the IRS Offshore Voluntary Disclosure Program. She also speaks at CPA and attorney seminars on international tax topics.

Hutchinson and Bloodgood, LLP is a member of Allinial Global, a worldwide network of legally independent member firms, and this network is an invaluable resource to Kate’s clients who are located in six continents around the world. .
Her previous employment includes Intel Corporation, Price Waterhouse, and periods of sole proprietorship. Kate has been active in the CPA community, as an AICPA Council representative and member of the AICPA’s Form 5471 and Foreign Nationals Task Forces, CalCPA’s San Diego Chapter President and CalCPA’s State Secretary/Treasurer.

In her free time, Kate enjoys her family, husband Richard Forsyth, daughters Elizabeth and Erin Forsyth. Both daughters will marry in 2017. Kate serves on the advisory board of Mainly Mozart, one of San Diego’s leading music organizations and she plays flute in the Kearny Mesa Concert Band. She has combined her love of music and love of Japan by organizing joint concerts between the Kearny Mesa Concert Band and the Japanese Maritime Self Defense Forces Training Squadron Band.