Acting Consul-General Hiroki Matsuo presented the letter of appointment and official badge to Mr. Matsuda, who was appointed as a “Goodwill Ambassador to Spread Japanese Cuisine” by the Ministry of Agriculture, Forestry and Fisheries of Japan in March. The appointment ceremony was attended by about 20 guests including family and students. At the ceremony, Mr. Manabu Saito, General Manager of Hakutsuru Sake of America, Japanese sake manufacturer in southern California, also joined to congratulate Mr. Matsuda. On the same day, the students were engaged in a sushi restaurant demonstration as the final class prior to graduation, with the lesson taking place just before the ceremony. After graduation, the students are expected to perform as professional chefs throughout the world.

Mr. Matsuda had been engaged as a sushi chef for almost 40 years in the USA, and established the Sushi Chef Institute in 2002. Since then, many enthusiastic students have acquired the knowledge and technique to become sushi chefs, and the over 1,500 graduates have succeeded all over the world in contributing to promote Japanese cuisine. In 2018, Mr. Matsuda was appointed as a Culinary Council Member of the major cruise company, Holland America Line, and he has served as a sushi chef and has also been introducing the beauty of Japanese food ingredients to the chefs of the cruise line.

Acting Consul-General Matsuo delivered congratulatory remarks for Mr. Matsuda’s appointment as “Goodwill Ambassador to Spread Japanese Cuisine”, and wishes for his continued collaboration with the Japanese government/ Consulate General of Japan, as well as JAPAN HOUSE, to promote Japanese cuisine and Japanese food culture as a Goodwill Ambassador using his deep knowledge and masterful technique.

Thereupon, Mr. Andy Matsuda said “My effort to teach the students from any place in the world all my knowledge and skills will never change. I believed the students learn to be able to cook delicious, beautiful, and healthy sushi at the Sushi Chef Institute. Japanese food ingredients are very important not only for Japanese cuisine including sushi, but also for food culture in here in the USA. I would like to continue my efforts to promote Japanese food culture and export of Japanese food ingredients”. 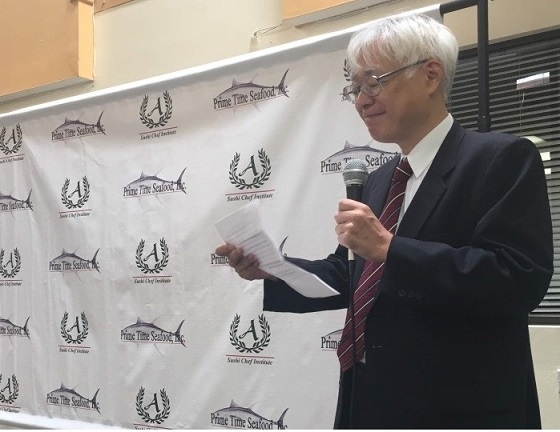 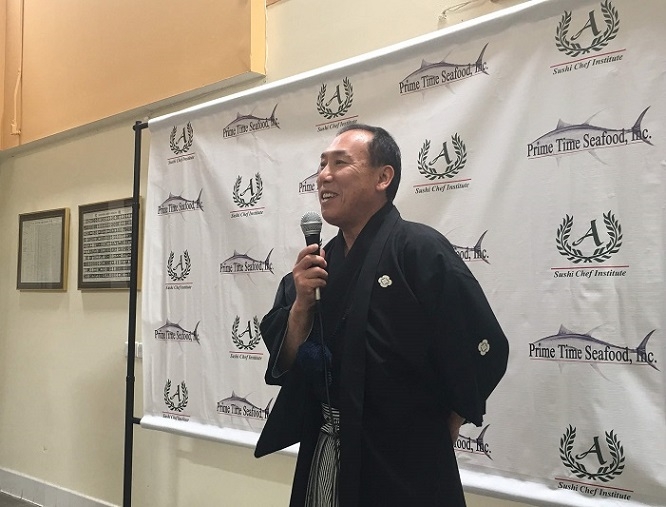 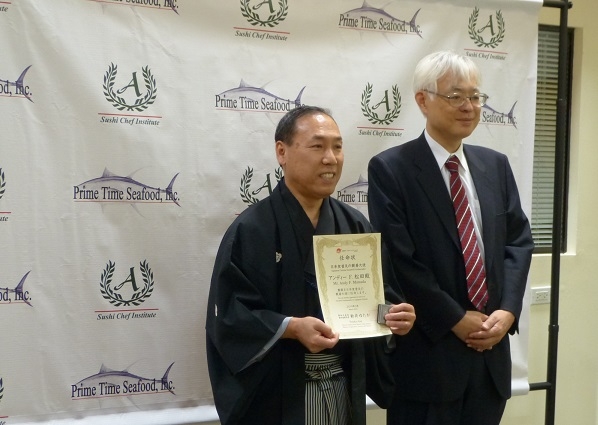 Presentation of the appointment certificate 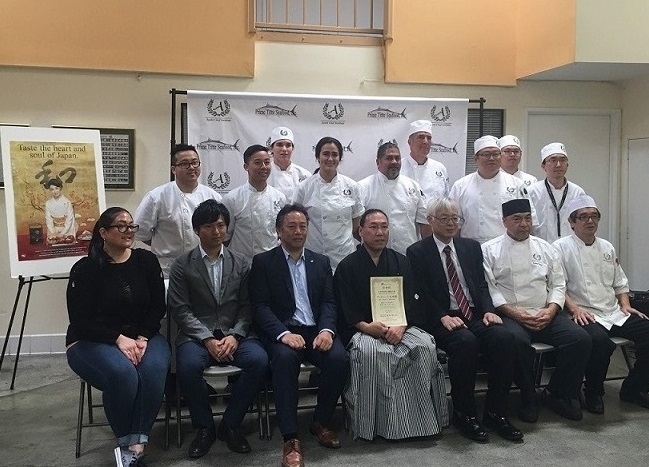 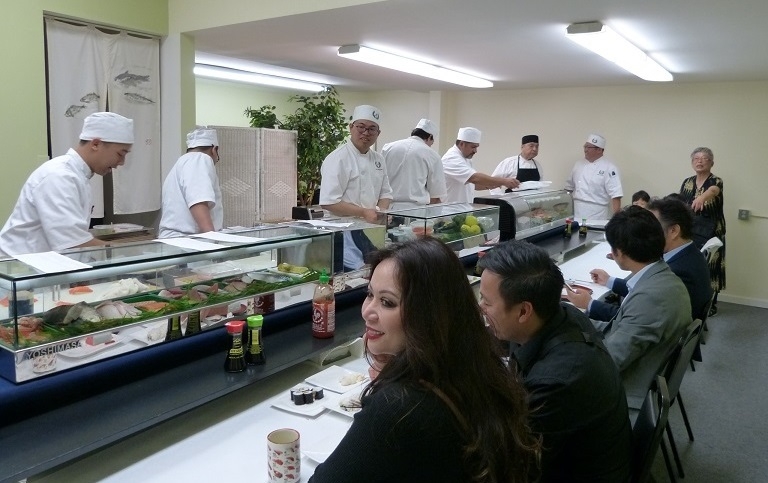 Sushi Restaurant Demonstration by Students of the Sushi Chef Institute Mr. Matsuda getting interviewed by the media