2022/3/30
On Sunday, March 20, the 24th San Diego Japanese Speech Contest organized by the North Park Lions Club in cooperation with the Consulate General of Japan in Los Angeles was held online. Offering participants an opportunity to test their Japanese skills, the speech contest was open to students enrolled in high school or college/university in San Diego County. Contestants each delivered an approximately four-minute speech in Japanese and participated in a Q&A session with judges. The speech contest aimed to promote Japanese language education, the ongoing cultivation of mutual understanding between Japan and the United States, and the strengthening of Japan-U.S. ties.

In between the contest segments, a Koto player and violinist performed a duet as part of programming to introduce Japanese culture. 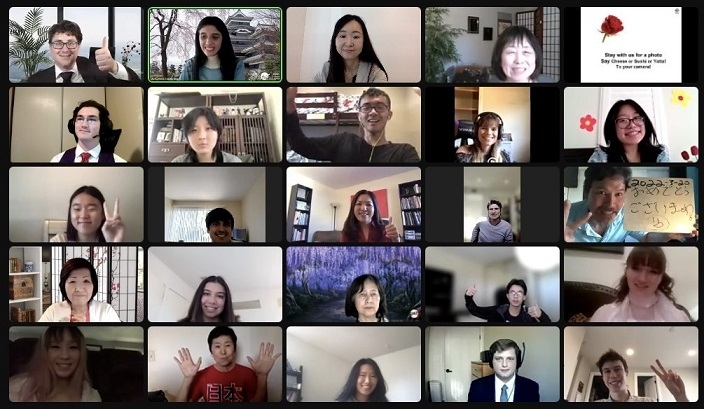