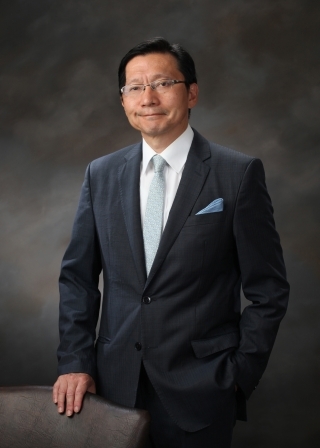 To all in Southern California and Arizona, Happy New Year! In 2021, humankind continued its battle against COVID-19 and especially at a time when many are unable to return to their pre-pandemic lives, I would like to pay my respects to the considerable efforts of those individuals who, through inventiveness and ingenuity, have continued contributing to their communities.

In Japan, the newly launched Second Kishida Cabinet will continue to pay attention to COVID-19 countermeasures, while also launching a new form of capitalism that strives to achieve a virtuous cycle of growth and distribution. By setting a path for a post-COVID-19 future, the Kishida Cabinet will strive to give its people a sense of security and hope, and on a global stage, aim to make a full-fledged jump-start by achieving growth that compares favorably with other advanced nations.

The year of Reiwa 3 (2021) saw Japan host the Tokyo 2020 Olympic & Paralympic games. While the COVID-19 pandemic wreaked havoc worldwide, Japan ensured that it did everything possible to hold the Games as promised, implementing a variety of infection countermeasures and bearing the burden of resulting restrictions and fears of infection. To the nations’ athletes, Japan offered a stage on which they could shine before a worldwide audience at the expense of the Cabinet. To the global audience suffering from the pandemic’s impact, the Tokyo 2020 Olympic & Paralympic games offered a moment to dream and hope, to be moved, and to draw inspiration and courage. By bringing humankind together, the Games reminded us of the remarkable power of sports, and they presented to the world the possibilities offered when minds and hearts eschew barriers in favor of realizing a society where those with and without disabilities can come together. I express my heartfelt gratitude to the athletes who inspired the world, and I am also proud to be able to say that Japan made its utmost contribution to the world amid the COVID-19 pandemic. Furthermore, it brings me even more pride to hear global experts stating that under the circumstances, holding the Games would not have been feasible except in Japan.

In 2020, Japan pledged to become carbon neutral by 2050, shifting into an era where measures to address climate change can become an opportunity for growth. The Japan-U.S. summit in April 2021 launched the Japan-U.S. Climate Partnership, and the Japan-Australia-India-U.S. Summit meeting in September led to the announcement of a Quad Shipping Taskforce as well as a Clean-Hydrogen Partnership. These initiatives mark the start of a new path towards decarbonization and hydrogen-related infrastructure frameworks. In our jurisdiction, the Port of Los Angeles has demonstrated the construction of a hydrogen value chain, while the city of Lancaster, CA and the town of Namie in Fukushima Prefecture, Japan signed a memorandum of understanding last July to become the world’s first “Smart Sister City,” highlighting how Japanese-affiliated companies and regional cities are entering a major period of transition. My hope is that this year will represent a giant leap, where we work with people in this region so that such efforts to achieve a hydrogen society are transmitted across the U.S. and worldwide.

Looking ahead, it may be difficult for COVID-19 to be fully eradicated. The upcoming year may be unpredictable, but reviving the economy while controlling infections is the biggest challenge. As Consul General of Japan in Los Angeles, I continue to hope that the flow of people and goods between our borders can be revitalized to promote further development of bilateral interchanges and economic ties between Japan and the U.S. To achieve this, border entry restrictions will need to end eventually. I will continue to work towards realizing as soon as possible the normalization of interchanges between our nations.

To raise the presence of the Japanese-related community in our region, strengthening partnerships with many communities is important. In partnership with the African American community, the Japan-Black LA Initiative was launched in 2020. The initiative’s first event was held in March 2021, and has enhanced mutual understanding through subsequent interchanges in different settings. The partnership will deepen further this year as part of the Los Angeles Urban League’s 100th anniversary celebration.

The Consulate General of Japan in Los Angeles will strive to facilitate stronger bonds between Japan and the U.S. in a wide range of fields. In light of an increase in hate crimes against individuals of Asian descent during last year’s COVID pandemic, the Asian Business Alliance, launched last July in an effort to strengthen partnerships with other Asian communities including Chinese and Korean communities, is working to raise awareness about economic contributions by Asian communities to the region. With regards to the Japanese American community, the Japanese American-Yonsei Leaders Initiative launched last August in particular may help strengthen ties between Japan and younger generation Japanese Americans. By forging partnerships with many ethnic communities, the Japan-affiliated community can enhance its presence in the region, which I believe will help elevate mutual understanding between Japanese and U.S. societies.

I would like to express my deep gratitude and appreciation to Japanese nationals, Japanese companies, Japanese Americans and others in the community affiliated with Japan in Southern California and Arizona, for helping to build trust and understanding. The Consulate General of Japan in Los Angeles will strive to facilitate stronger bonds between Japan and the U.S. in a wide range of fields.

We welcome your suggestions and input, and we will strive to offer substantial services while also supporting Japanese-affiliated companies and promoting partnerships in many areas. Thank you, and best wishes to you all.