2022/3/24
On November 3, 2021 (Japanese Standard Time), the Government of Japan announced the recipients of its Fall 2021 Decorations. From the jurisdiction of the Consulate General of Japan in Los Angeles, Mr. Bryan Takeda received the Order of the Rising Sun, Gold and Silver Rays.

The conferment ceremony for Mr. Takeda was held on Thursday, March 17. Due to the COVID-19 restrictions, the ceremony was held at the Consul General's Official Residence with a limited number of guests. 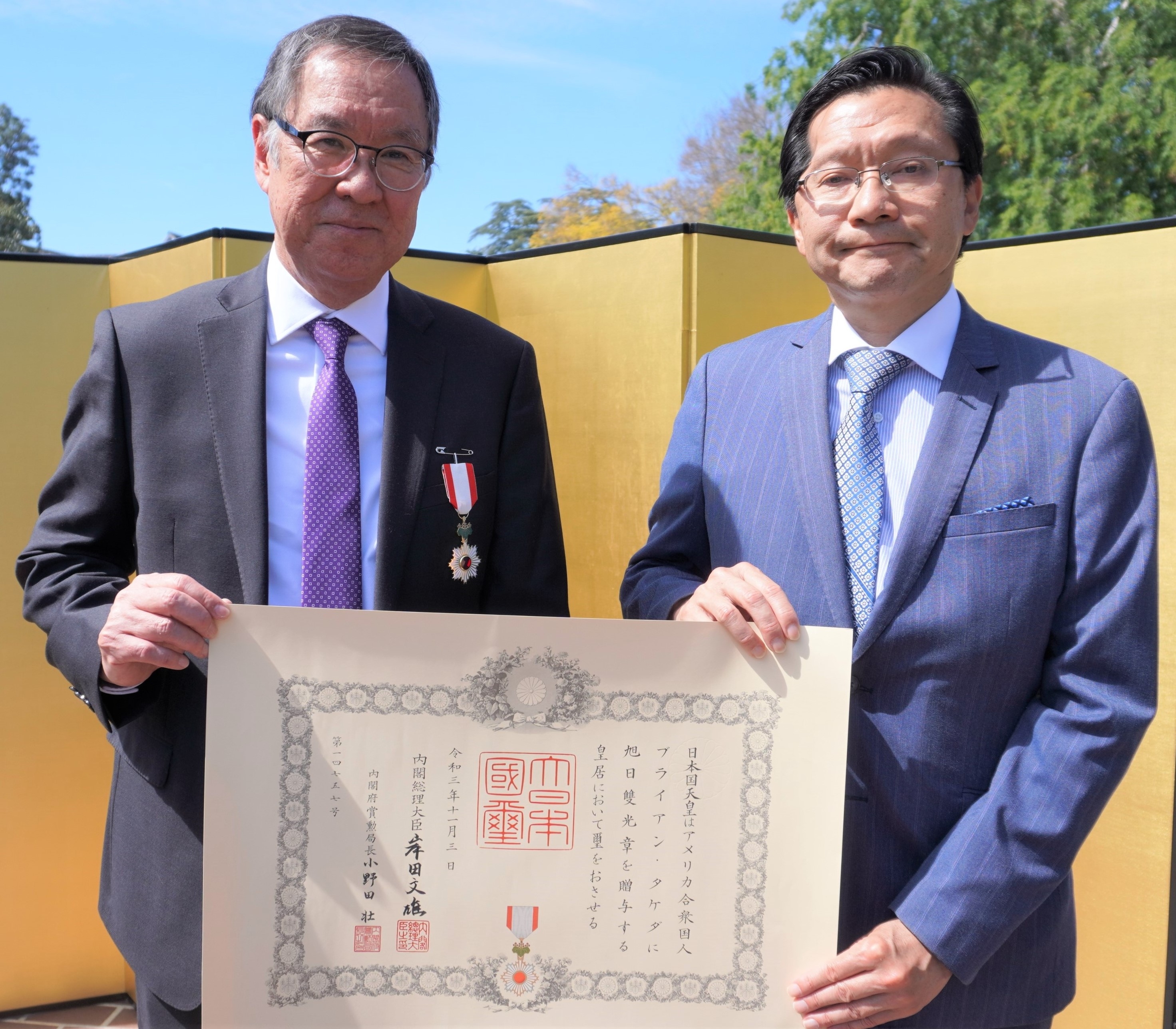 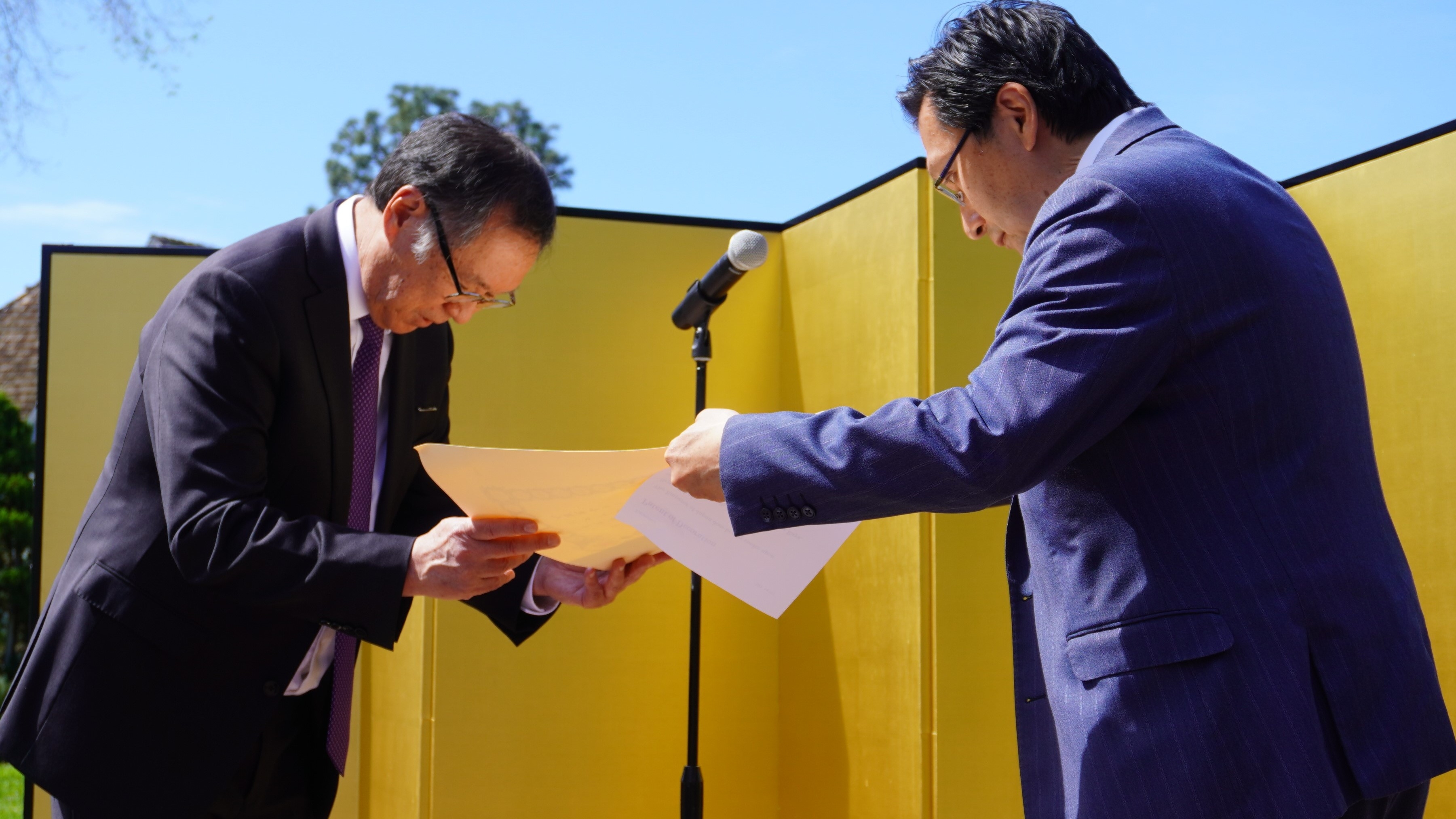 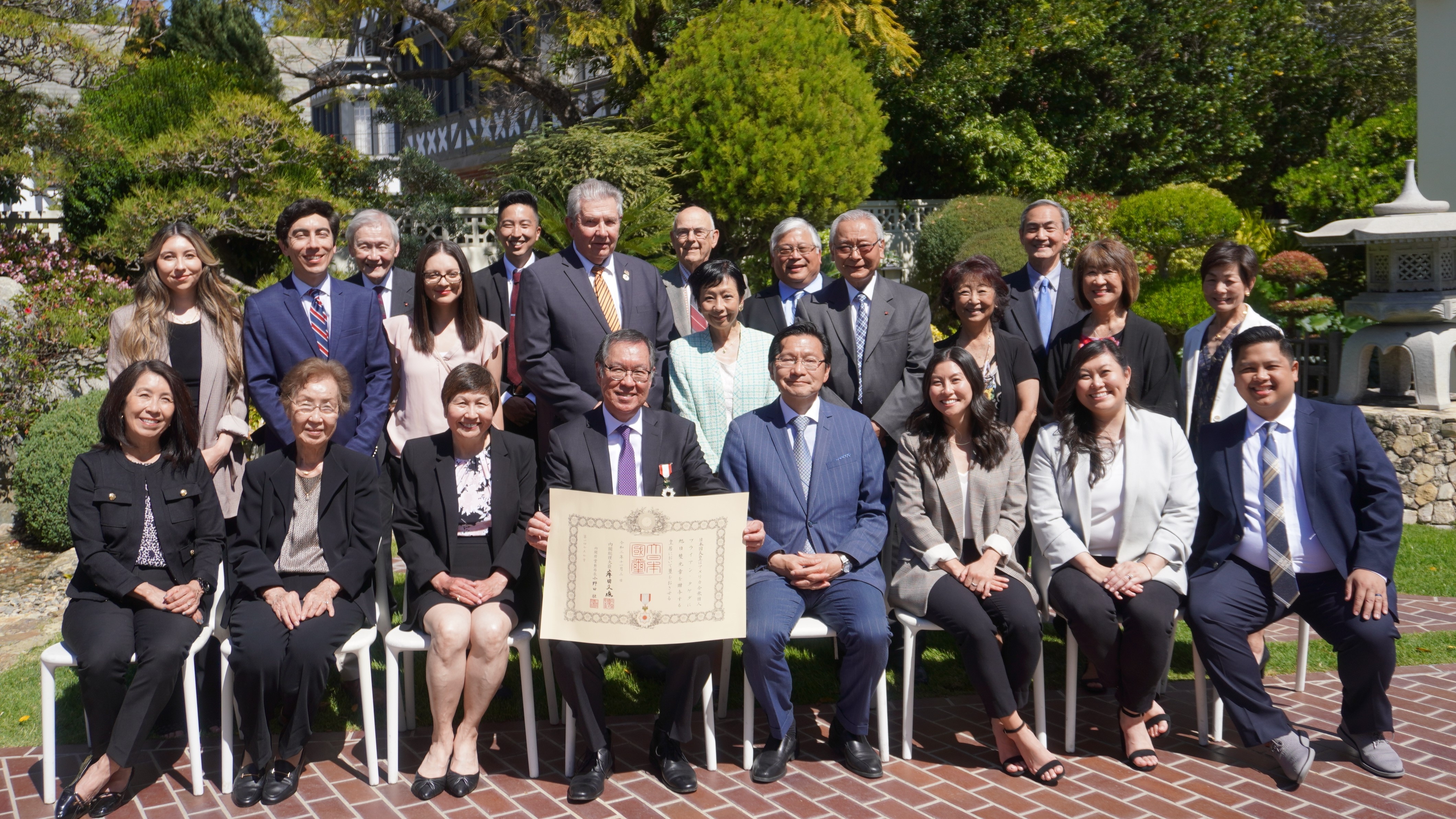 Following are Mr. Takeda’s profile and his contributions:

Mr. Bryan Takeda:
For at least three decades, Mr. Bryan Takeda has been actively involved in the Japanese-related community. He joined the Pasadena Japanese Cultural Institute in 1986, greatly contributing to the introduction of Japanese culture as well as friendship and goodwill between Japan and the United States. In 1996, he established the Nikkei Federation and contributed, as a founder, to Japanese-related community partnerships and development.

With the Nikkei Federation counting a total 17 community organizations in Los Angeles County and Orange County as members, Mr. Takeda has proactively created a useful forum for information exchanges, contributing to the Japanese-related community’s partnerships and development. In 2002, he founded the Nikkei Federation Rising Stars Youth Leadership Program, with about 25 high school students taking part annually, bringing the number of total participants to 350 or so to date. Many of the participants are Japanese American youth, making the program an important source of leaders within the Japanese and Japanese American communities in Los Angeles.

Mr. Takeda has also served as an official of the Pasadena Sister Cities Committee, Mishima Subcommittee from 2002. During a visit to Japan in 2001, he met with the mayor of Mishima city, personally initiating the establishment of the Pasadena-Mishima Friendship Youth Exchange Program. Until the program was paused in 2020 due to the COVID-19 pandemic, the program facilitated youth exchanges every year, alternating between the cities of Mishima and Pasadena. By creating opportunities for Japan-U.S. exchanges among younger generations for a longstanding period of time, Mr. Takeda has contributed to the promotion of friendship and goodwill between the two countries.

Between 2009 and 2012, Mr. Takeda served as Program Director for the U.S.-Japan Council. Following the March 2011 Great East Japan Earthquake disaster, he helped raise contributions for hard-hit regions, bringing the U.S.-Japan Council’s total fundraising for such efforts to over $1 million. The funds were contributed to non-government organizations in Japan, contributing to assistance efforts for the disaster zone.