2022/1/13
On Dec. 10, 2021, Consul General MUTO Akira visited Amestoy STEAM Academy & Multilingual/Multicultural Magnet to attend a ceremony celebrating the launch of the first Japanese Dual Language Program in Los Angeles Unified School District. Under the program, students learn Japanese not as a foreign language, but in a dual language setting where math and other subjects are taught in both languages. At Amestoy, the program welcomed its inaugural Kindergarten class this past August. Starting next year, a new class will be established in the following grade, and eventually the school will offer the dual language program across all grades.

At the ceremony, UCHIDA Yasuko, director of Japan Foundation Los Angeles, presented a check to the school principal as part of a Salary Assistance Grant for Japanese Language Courses offered by Japan Foundation. Also, the kindergarteners, who have only been studying Japanese for a few months, sang a song in Japanese.

Within LA Unified, the second-largest public school system in the United States, the establishment of the district’s first-ever Japanese dual language program in the city of Gardena – an area with a strong connection to the Japanese-related community -- is very meaningful. With that in mind, the Consulate General of Japan in Los Angeles will continue to support the development of Japanese language education in our region. 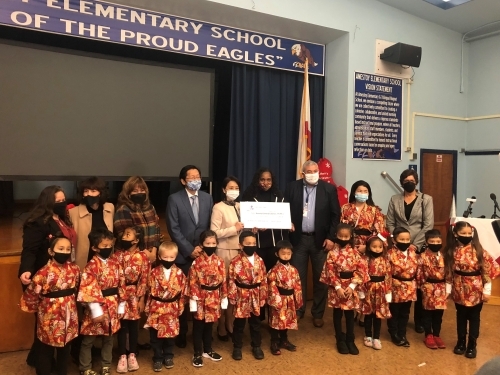 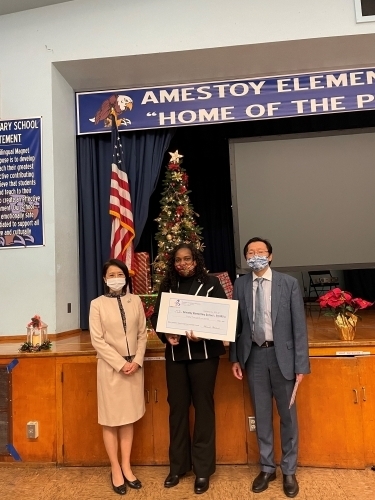