Consulate-General of Japan in Los Angeles

Special Presentation by "Walk in U.S., Talk on Japan" - The Power of Japan's Innovation: Local, Bilateral and Global Impact

Since 2014, the “Walk in U.S., Talk on Japan” program has brought expert voices from Japan to various regions of the U.S. to share insights, culture, and inspiration. For a second year running, JAPAN HOUSE Los Angeles is proud to co-present this series that promotes exchange and understanding between Japan and the U.S. at a grassroots level with the Consulate General of Japan in Los Angeles.

This year’s program features a diverse delegation of speakers who will share their views on Japan’s contributions to tackling urgent regional and global issues. The audience will gain a better understanding of Japan’s innovative forms of problem-solving across health, politics, business and civic life, and hear high-level perspectives on what’s coming next for the country at home and relations abroad.

Place: JAPAN HOUSE Los Angeles, 5F Salon
At Hollywood & Highland, 6801 Hollywood Blvd, Los Angeles, CA 90028
By Car: Parking garage at Hollywood & Highland can be entered from Highland Avenue or Orange Drive. Parking is validated at JAPAN HOUSE for 2 hours at a rate of $3; then $2 every 20 minutes or $6 per hour.$18 daily maximum. Free self- parking will be provided on a first-come, first-served basis on the date of the event with your RSVP. Please bring your parking ticket with you to receive validation. 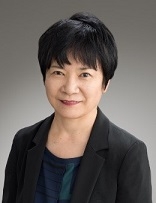 Ambassador SHIRAISHI Kazuko has more than 40 years of experience in the Ministry of Foreign Affairs of Japan and has served mainly in the areas of treaties, economic affairs and foreign policy coordination. Her overseas postings include those in Embassy in Poland and Consulate General in New York and Atlanta. She served as Ambassador of Japan to Lithuania (2012-15), Ambassador for Women, Human Rights and Humanitarian Affairs (2015-16) and Ambassador in Charge of Arctic Affairs (2015-16). She is currently a Board member of SCSK, a Tokyo-based global IT service company.


2. Ms. SUZUKI Mayumi (due to unforeseen circumstances, she will not be traveling to the U.S. with the delegation at this time)
Senior Staff, Risk Management Division, Fukushima Prefectural Government

Working for the Fukushima Prefecture Government, SUZUKI Mayumi has engaged in international public relations related to the Fukushima Daiichi Nuclear Power Station, and is currently in charge of supporting to develop municipalities’ local resilience plan. With an academic background in environmental law and policy, Ms. Suzuki is well-versed in environmental policymaking and diplomacy, and environmental impact assessment. She also extended her experience in the field of NGO management, international development cooperation and internationalization of higher education.

Fukushima, a prefecture located in the north eastern part of Japan, was one of the locations that faced devastating damage by the Great East Japan Earthquake in March 2011. Ms. Suzuki, a local to Fukushima, will share with the audience the current situation of the prefecture from three points of view; reconstruction, innovation, and tradition.

MAEDA Minami is currently the Chief of Staff to CEO at Rakuten Medical, Inc., a privately funded global biotech company developing an innovative treatment platform for solid tumors. Prior to his current role, he was appointed by the Minister of Health, Labor and Welfare in Japan as his first Secretary, and advised on strategic policies, including cancer prevention and treatment, payer reform, data driven health, and tobacco regulation. He has advised governments and corporations in Asia and south and east Africa during his time at McKinsey & Company, Inc. He earned a master’s degree in public policy from the University of Tokyo, Graduate School of Public Policy.

Topic: U.S. and Japan as the Ally of Innovation

As a member of Rakuten Medical, Inc., a biotech company started by the collaboration between an American scientist and a Japanese entrepreneur, Mr. Maeda will take us through the history of competition and collaboration between the U.S. and Japan in the technology field. He will also share his thoughts on why U.S. and Japan should continue to be allies in the space of innovation for the good of society. 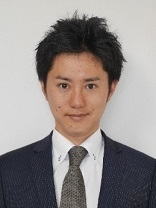 TOKUNARI Takeo previously worked for a Nairobi-based environmental consulting firm. Upon returning to his hometown city of Kanazawa, aiming to bring the technologies of local Japanese small to medium-size enterprises to generate net social impacts in Africa. Takeo is currently working with one of such SMEs called Meiwa Co., Ltd., formulating its first pilot project in Kenya to convert unutilized biomass into drought solution. He is a Youth Ambassador of Japan appointed by UN Environment Asia-Pacific.

Topic: The Strength and Possibilities of Japanese Enterprises in Solving Social Issues

With his experience working on a project in Kenya to convert unutilized biomass into drought solutions for Meiwa Co., Ltd., an Ishikawa Prefecture-based Japanese SME (small and medium-sized enterprises), Mr. Tokunari will be discussing the potentials Japanese private sectors possess to actively contribute to achieve global social goals such as SDGs.