2020/1/1
To all in Southern California and Arizona, I humbly wish all a Happy New Year in 2020 – our first New Year's since the start of the era of Reiwa.

Looking back on the Consulate General of Japan in Los Angeles' activities in 2019, we are deeply grateful for your considerable understanding and support. Time does fly; almost a half year has elapsed since I assumed the Consul General post in Los Angeles. In 2020, the Consulate General of Japan in Los Angeles will strive to offer substantial services, while supporting Japanese-affiliated companies, promoting exchanges in a wide range of areas and providing information. I welcome your suggestions and input, and will work diligently to fulfill my duties.

The year 2019 was a remarkable year for Japan, with the start of a new era Reiwa and the enthronement of His Majesty the Emperor. Japan also hosted major international events such as the Group of 20 Osaka Summit and 2019 Rugby World Cup. This year, Japan will host the highly-anticipated 2020 Tokyo Olympic and Paralympic games. In line with the hope expressed by His Majesty the Emperor in his address at the Ceremony of Enthronement, Japan and Japanese communities are expected to contribute to the welfare and prosperity of humankind. One of the concepts underlined by the Tokyo 2020 games is "Unity in Diversity." This reflects the idea that the Tokyo 2020 games will strive to highlight the importance of the world's diversity and harmony, and become an opportunity to nurture an inclusive society.

Our jurisdiction is home to many communities comprised of a wide variety of ethnic and cultural backgrounds, embodying the importance of diversity and harmony. Japanese and Japanese Americans residing and working in the U.S. celebrate that diversity, contributing to harmony between all communities. My hope is that the first New Year's since the start of Reiwa serves as a reminder about the importance of diversity and harmony, befitting the name Reiwa (which is defined as "beautiful harmony"), and that Japanese and Japanese-American communities serve a role in deepening harmonious ties among communities.

Looking at Japan-U.S. relations, U.S. President Donald Trump in May 2019 became the first foreign leader to pay a state visit to Japan since the start of Reiwa. In addition, President Trump and Prime Minister ABE Shinzo held summit talks on five different occasions in 2019. Both leaders have reaffirmed the view that the strength of the Japan-U.S. Alliance is steadfast and solid, more than it has ever been historically. They also both agree that the alliance will continue to be strengthened. The national security environment surrounding Japan and the U.S., however, continues to exacerbate, making further efforts in our region necessary to enable further development of the Japan-U.S. Alliance.

Once engaged in war, our nations overcame those past troubled times and cultivated a solid relationship leading up to the present thanks to the hard work and goodwill fostered over many years in different regions by Japanese nationals, Japanese-affiliated companies and the Japanese American community. The enduring trust they helped nurture in local communities has served as a foundation for our ties. I would like to express my heartfelt appreciation for their contribution these many years. The Consulate General of Japan in Los Angeles will also do its utmost to further deepen our region's relationships with Japan. In particular, our pressing task is to raise interest about the Japan-U.S. Alliance among younger generations.

On the economic front, Japan is the largest foreign investor nation in six Southern Californian counties, with Japanese-affiliated enterprises contributing about 80,000 jobs according to 2019 data. In Southern California and Arizona, about 2,500 Japanese companies operate in the region. These businesses are vital partners to their respective areas, supporting regional economies and contributing significantly to local communities. However, we will not be satisfied with the status quo and believe that Japan can contribute more and raise its presence in the region.

Best wishes for a prosperous new year to all in 2020! 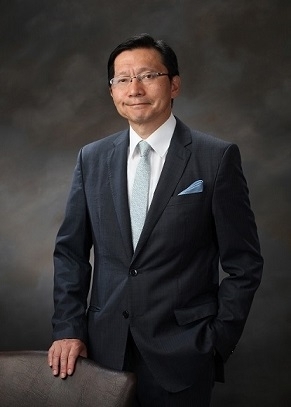