2020/9/29
On Saturday, September 26, 2020, the Consulate General of Japan in Los Angeles conferred the Commendation of the Consul General on Ms. Sachi Hamai.

The Commendation of the Consul General is conferred on individuals or organizations promoting mutual understanding and friendship between Japan and the United States, in support of the Consulate General’s mission.

Biography and Achievements
Ms. Hamai served at the County of Los Angeles, the largest county in the United States, from 1988 to 2020, and was Chief Executive Officer from 2015 to 2020, responsible for the oversight of the County’s $36.1 billion budget and its workforce of more than 112,000 employees. Among her distinguished achievements, her strong fiscal management and leadership led the County to achieve the overall highest credit rating in its recorded history.

Last year, Ms. Hamai expressed her intention to retire from the County of Los Angeles by the end of March 2020, but she later decided to postpone her retirement for several months amid the COVID-19 crisis, retiring at the end of August. During her final months at Los Angeles County, she was in charge of coordinating the emergency operations of the pandemic response affecting the County’s almost 10 million residents.

Ms. Hamai’s achievements have been widely recognized throughout Los Angeles County, and in 2019 she was named one of the region’s Top 500 most influential leaders by the Los Angeles Business Journal for the fourth consecutive year. Ms. Hamai has elevated the status of Japanese Americans as well as Asian Americans by her outstanding performance as Los Angeles County’s Chief Executive Officer, and is respected as a role model for Asian Americans.

During her service to Los Angeles County, Ms. Hamai supported the strengthening of Japan-U.S. relations as well as Japan-Los Angeles relations by meeting with Japanese government officials and taking part in the activities of the U.S.-Japan Council.

The Commendation of the Consul General recognizes Ms. Hamai’s expected continuing contributions to the Japanese American community and Japan-U.S. relations. 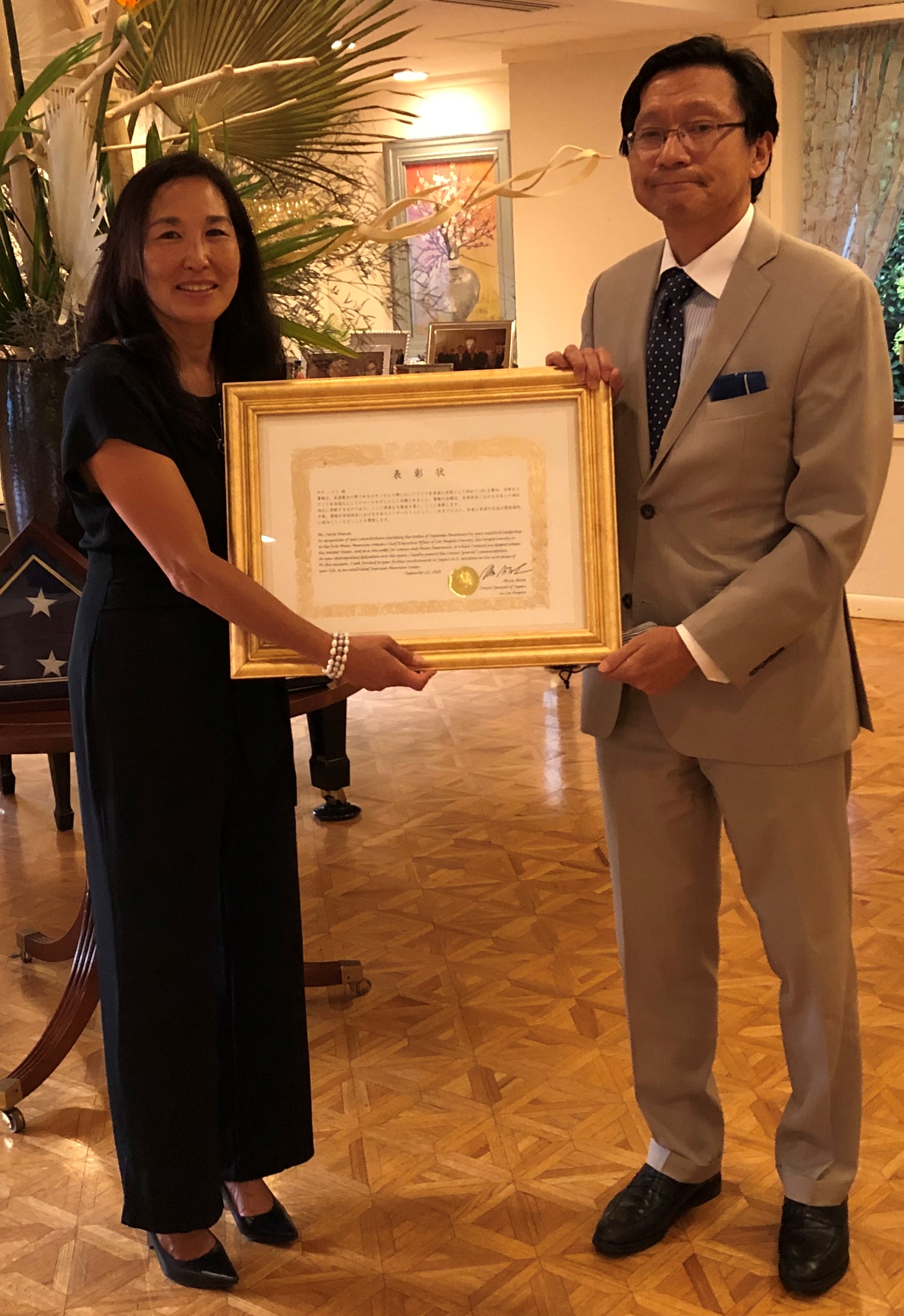