On November 3, 2018, the Government of Japan announced the recipients of its Fall 2018 Decorations and within this Consulate General’s jurisdiction, Mr. Edward A. Perron received the Order of the Rising Sun, Gold Rays with Rosette.

Mr. Edward A. Perron was born in Washington, D.C. in 1954. After undergraduate studies at Harvard College, he entered Harvard Law School and upon graduation joined the law firm of Lillick McHose & Charles in Los Angeles – now Pillsbury Winthrop Shaw Pittman LLP (Pillsbury) – a notable law firm in the United States with an established interest in Japan. Over the years, Mr. Perron has worked with more than 100 Japanese companies as a Japan specialist lawyer, and he currently oversees Pillsbury offices around the world as the firm’s Global Managing Partner. Through his association with Pillsbury as well as non-profit organizations for nearly 40 years, Mr. Perron has worked toward strengthening Japanese American communities and promoting friendly relations between Japan and the United States. Since 1980, Mr. Perron has been associated with the Japan America Society of Southern California, which promotes friendly ties and positive exchange between the United States and Japan. He served as a director of the Society for 38 years, as legal advisor for 27 years, and as the Society’s chairman for two years during the preparation for its 100th anniversary commemorations. At that time he established an endowment fund and led the restructuring of the organization to provide a more enduring foundation for the management and development for the Society. As one of the Japanese business co-leaders at Pillsbury, Mr. Perron has been a leader in engaging with and supporting Japan-related organizations. Pillsbury has been providing financial support for many years to important organizations in the Japan-related communities of Southern California, such as the Japan America Society of Southern California, Japanese American Cultural and Community Center, Japan Business Association of Southern California and Japanese American National Museum.
Among other accomplishments, Mr. Perron has served as a member of the boards of directors of the Los Angeles Junior Chamber of Commerce, Asian Americans Advancing Justice – Los Angeles, and Los Angeles Economic Development Corporation. The conferment ceremony for Mr. Perron was held on January 23, 2019 at 2 p.m. at the Official Residence of the Consul General of Japan and was attended by guests, including Mr. Perron’s family, friends and colleagues. After the ceremony a reception was held, which was enjoyed by all the guests. 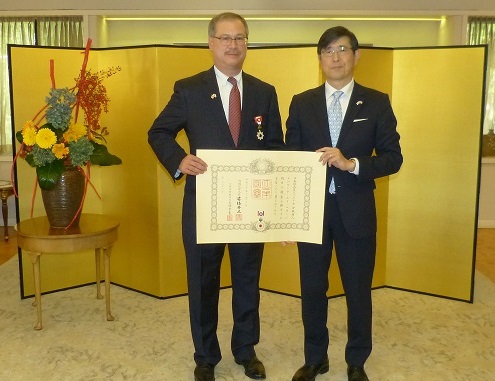 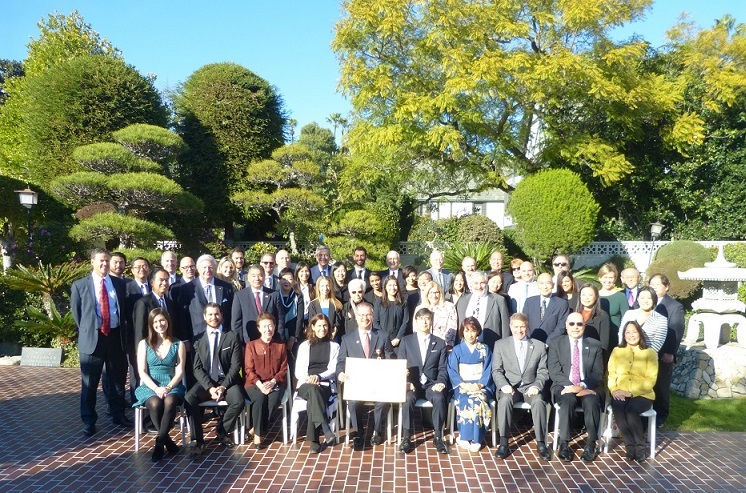