2018/7/11
On April 28, 2018, the Government of Japan announced the recipients of its Spring 2018 Decorations and within this consulate general’s jurisdiction, Mr. Ernest Doizaki received the Order of the Rising Sun, Gold and Silver Rays. Mr. Ernest Doizaki was born in Los Angeles, California as a third generation Japanese American. Upon graduating from the University of San Francisco, he studied at Japan’s Waseda University and after returning to the U.S. in 1972, he was appointed Assistant General Manager at American Fish Company and achieved a great expansion of its business. He has supported the promotion of Japanese food products from the supply side, and has also participated actively in the local Japanese American community. He has served on the Board of Trustees of the Japanese American National Museum since 1991, and served as Chair from 2010-2014. Through widely sharing the Japanese American story as an integral part of U.S. history, he has contributed to advancing the status of Japanese Americans and the building of a future-oriented relationship between Japanese Americans and Japan. Mr. Doizaki has also played an important role in promoting Japanese food widely in the U.S., serving as Chief Executive Officer of American Fish Company from 1982 to 2014. Under his leadership, the company contributed greatly to the promotion of Japanese food throughout the U.S. by establishing transit warehouses in major U.S. cities. Mr. Doizaki has also supported U.S. society beyond the Japanese American community through corporate donations, and in 1994 received the “Spirit of Life Award” from City of Hope, a care and research facility for cancer patients. The conferment ceremony for Mr. Doizaki was held on June 26, 2018 at 2pm at the Official Residence of the Consul General of Japan and was attended by approximately 40 guests, including Mr. Doizaki’s family and friends. After the ceremony a reception was held, which was enjoyed by all the guests. 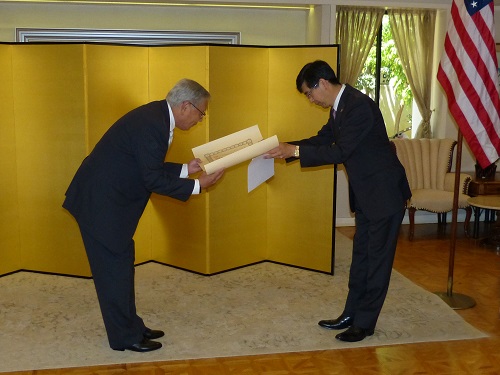 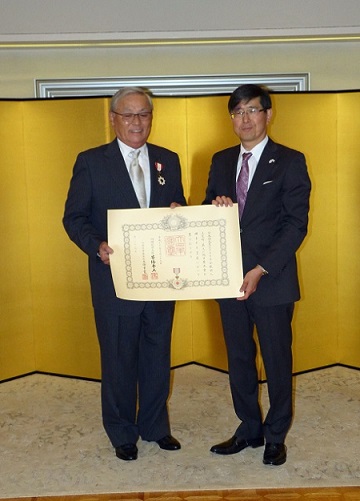 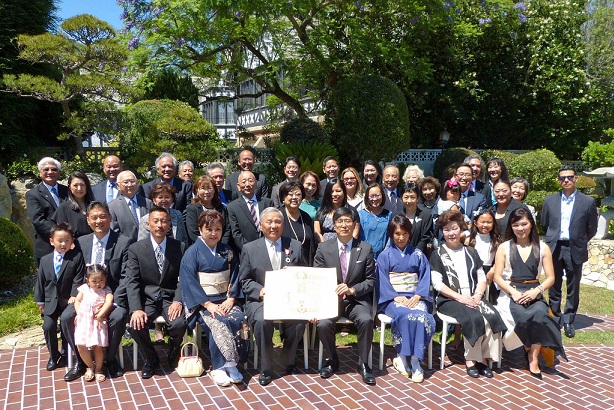