(1) Biography and Reasons for commendation

Mr. Sadao Tome has been engaged in gardening almost 50 years, and kept on contributing for the beautiful landscape of the community. In 2008, Mr. Tome was awarded a Certificate of Congressional Recognition from Congressman Gary Miller, who was in the U.S House of Representatives at that time, for his long service in taking care of Congressman Miller’s garden. Mr. Tome also served as the president of the Okinawa Association of America as well as the Japanese Prefectural Association of Southern California, and is currently serving as the Advisor for both associations. Furthermore, Mr. Tome was certified as a full member by the Japan Essayist Club in 2008, and he is currently considered as the only official member who resides in the United States. Mr. Katsushiro Nakagawa works for Fuji Natural Foods, and the business has expanded considerably since Mr. Nakagawa became president of the company. Currently, the company is known as the largest sprout grower in the United States. Mr. Nakagawa has provided complimentary bean sprouts to a Japanese Nursing Home in southern California every week. And similarly, Mr. Nakagawa has frequently provided bean & radish sprouts in support of local seasonal events. (2) The Agricultural Society of Japan’s Commendation Ceremony Mr. Tome and Mr. Nakagawa's commendation ceremony was held at the Consul General’s Official Residence from 2:00 pm, January 22, 2019, with the participation of family members, friends and colleagues. Consul General Akira Chiba offered congratulations, and presented a certificate and medal of commendation to them. Congratulatory remarks were delivered by Ms. Yuko Kaifu, President of JAPAN HOUSE Los Angeles, and Mr. Shinkichi Koyama, President of the Agricultural Society of Japan (Dai Nihon Nokai), Southern California Branch; and both honored their achievements. Thereupon, Mr. Tome expressed his gratitude to his guests, and indicated that he will continue to work for the development of the U.S.-Japan friendship. And also, Mr. Nakagawa gave thanks to his guests, and expressed his willingness to improve further the quality of his products. Moreover, the Certificate of State Assembly Member Recognition from California Assembly Member Mr. Al Muratsuchi was presented to both honorees. Mr. Akemi Miyake, President Emeritus of Orange County Japanese American Association, offered a toast, and then a reception followed.

Consul General Akira Chiba presented the Consul General Commendation to the Agricultural Society of Japan, Southern California Branch in recognition of its contributions to activities, which have brought forward many candidates who contributed to the development of agriculture and Japan-US relations, which have promoted friendship with Japanese Americans who immigrated to California as farmers, and also in commemorating the 30th anniversary of the donation of the Japanese garden to the Official Residence of the Consul General of Japan in Los Angeles. 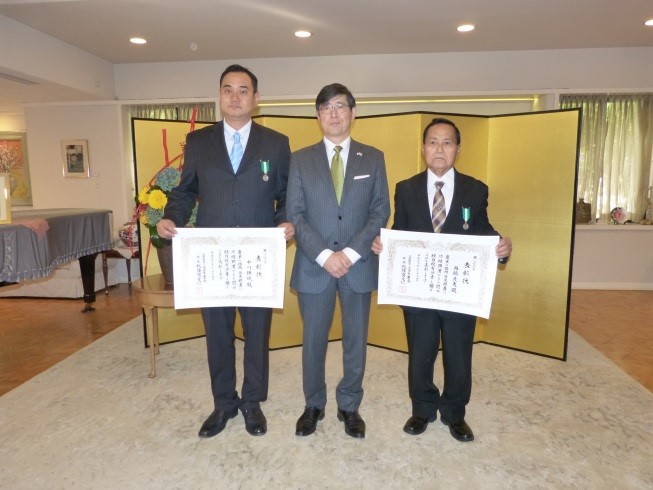 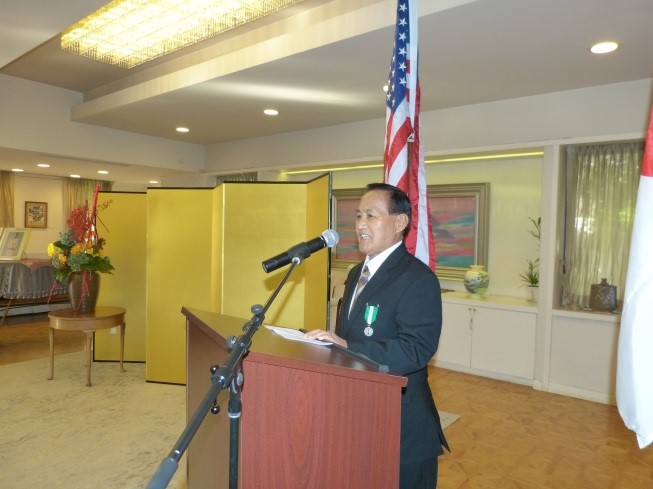 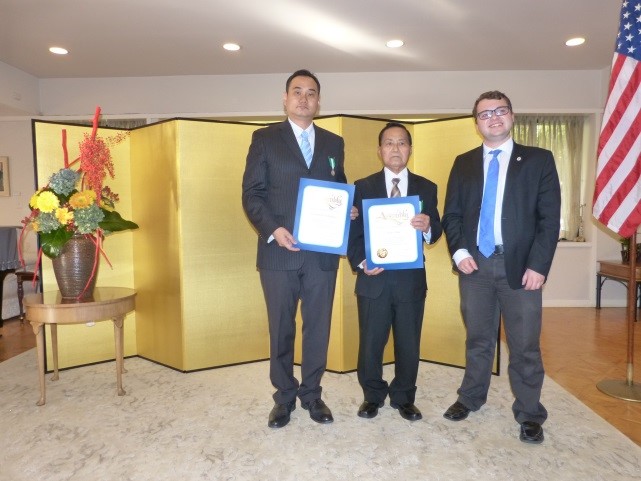 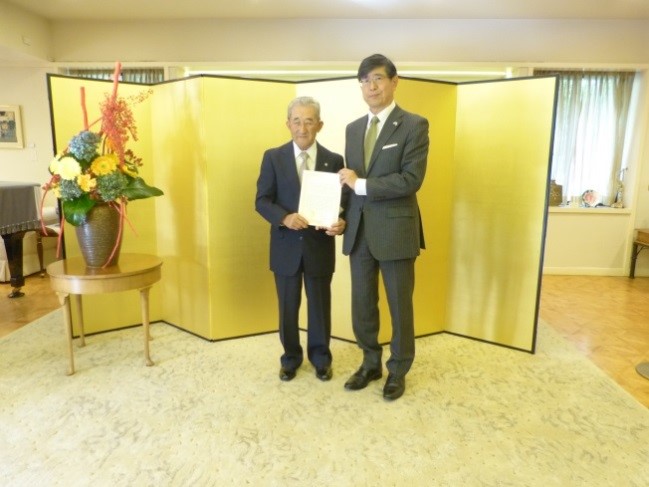 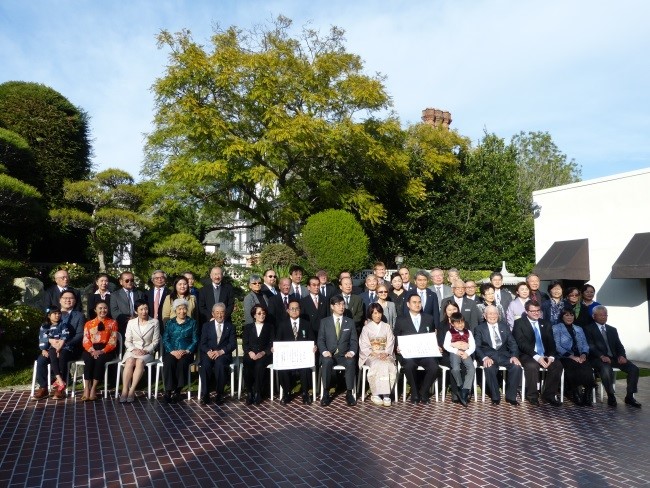