On Nov. 2, 2017, the Government of Japan announced the recipients of its Autumn 2017 Decorations and within this Consulate General’s jurisdiction, Mrs. Thelma Press received the Order of the Rising Sun, Gold and Silver Rays.

Mrs. Thelma Press was born in Darjeeling, India when it was part of the British Empire. Her strong will and passion, commitment to volunteerism, and untiring energy venturing into uncharted areas attracted many supporters, and she became a pioneer of the sister city movement in the United States. Sister Cities International honored her with the Ruth Hashimoto Award in 2009 by and in 2012 she was assigned the organization’s highest designation of “Global Envoy.”

After moving to San Bernardino, California in 1959, she co-founded the San Bernardino-Tachikawa sister city relationship and between 1965 and 1974 she served as the Chair of the Committee, along with her husband Louis Press. In 1972 Mrs. Press was appointed as the state representative for California of Sister Cities International, and was elected to the national Board of Directors in 1977. Mrs. Press also became deeply involved with the San Diego sister cities program while living in San Bernardino. She became a board member of the San Diego-Yokohama Sister City Society in 1981, later served as Vice President, and then as President from 2013 to 2015.

In 1994, Mrs. Press became a member of the Board of Directors of the Japanese Friendship Garden Society of San Diego, and has served as First Vice President since 2013. The Garden actively features Japanese seasonal events and exhibits continually throughout the year, and Mrs. Press continuously dedicates her efforts to introduce and promote Japanese culture to the many visitors who visit the Garden from throughout the world.

The Conferment Ceremony for Mrs. Press was held on Jan. 31, 2018 at 2pm at the Japanese Friendship Garden San Diego and was attended by Mrs. Press’s family, friends and prominent members of the sister-city communities in which she has been involved. After the Ceremony a reception was held, which was enjoyed by all the guests. 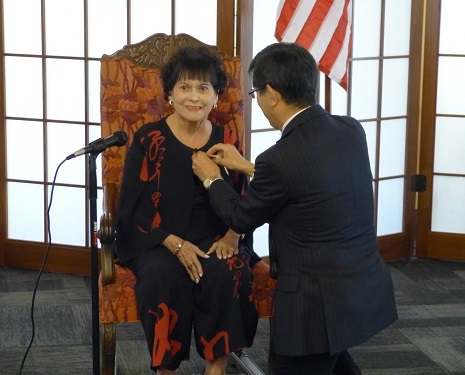 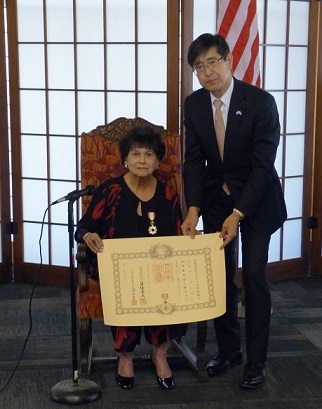 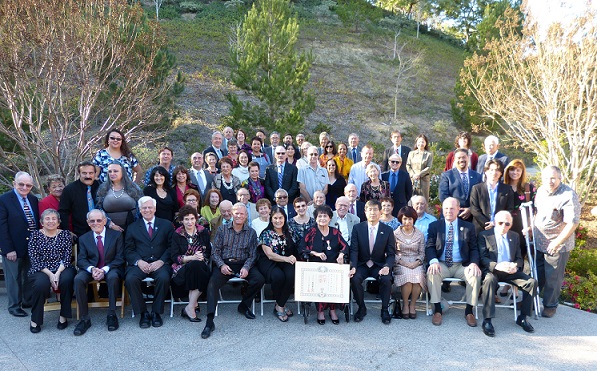