2017/6/26
On April 29, 2017, the Government of Japan announced the recipients of its Spring 2017 Decorations and within this Consulate General’s jurisdiction, Mr. Henry Ota received the Order of the Rising Sun, Gold Rays with Rosette.

Mr. Henry Yasushi Ota was born during World War II at the Gila River Internment Camp in Arizona. He received his California Bar accreditation in 1970, and became active as a corporate attorney for Japanese firms considering entry into the U.S. market. During the early 1980s when U.S.-Japan trade friction was an issue, he advised Japanese firms and helped advocate on their behalf at the California State Legislature in Sacramento. He has served as an Advisor to Former Los Angeles Mayor Kenneth Hahn and Former Los Angeles County Supervisor Don Knabe. Mr. Ota also co-founded the nationally recognized U.S.-Japan Council in 2009 and served as Vice Chair from 2009-2015. He was involved with its efforts in response to the 2011 Great East Japan Earthquake, helping form the Tomodachi Initiative in 2012 in partnership with the U.S. government to support the affected areas on a long term basis. Mr. Ota has also served on the Board of Directors of the Japanese American Cultural and Community Center since 1990, and was its Chair in 2012. He has also served the Japanese American National Museum since its founding, from 1990-1991 as the Chair of the Board of Trustees, and currently as a boardmember. He also serves on the Board of Governors of Kizuna, an organization which nurtures pride in Japanese heritage among the younger generations.

The Conferment Ceremony for Mr. Ota was held on June 20, 2017 at 2 p.m. at the Official Residence of the Consul General of Japan and was attended by approximately 40 guests, including Mr. Ota’s family and friends. After the Ceremony a reception was held, which was enjoyed by all the guests. 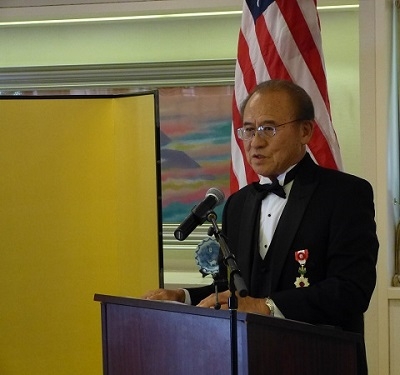 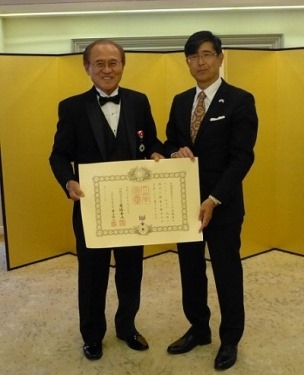 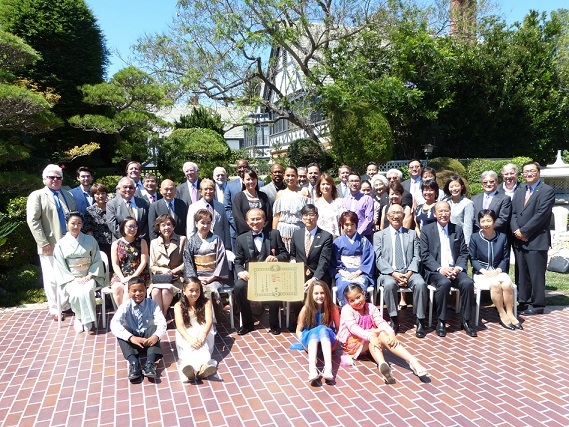