Mr. Glenn Tanaka was born in the United States in 1957. He graduated from California State Polytechnic University, Pomona, Agricultural Department.  He is the third generation owner of Tanaka Farms, which was founded by his grandfather, Mr. Teruo Tanaka.

Mr. Tanaka has been producing high quality safe organic fruits and vegetables in Irvine, Orange County. He is not only working as a food producer, but also as an educator by providing educational experiences to children. He is also contributing to the community by organizing tours and events at the Tanaka Farms. Mr. Tanaka has also strongly supported the donation activities for victims and affected farms of the East Japan Earthquake Disaster.

Mr. Tanaka's commendation ceremony was held at the Consul General’s Official Residence from 2:00 pm, November 30th, with the participation of family members, friends and colleagues. Consul General Akira Chiba offered congratulations on Mr. Tanaka’s achievements in the community with agricultural education activity, then presented a certificate and medal of commendation to Mr. Tanaka. Congratulatory remarks were delivered by Mr. Shinkichi Koyama, Chairman of the Dai Nihon Nokai Southern California Council, and Ms. Kimiko Fujita, President of the Orange County Japanese American Association; and both honored Mr. Tanaka’s achievements.  Thereupon, Mr. Tanaka indicated he was much honored to receive this award, but it was not possible without the community’s support, and gave thanks to family and guests.  Mr. Jeff Yamazaki, President of the Japanese Chamber of Commerce of Southern California, offered a toast and congratulated Mr. Tanaka, which concluded the award ceremony of about 40 minutes.  A reception followed, enjoyed by the day’s honoree and guests. 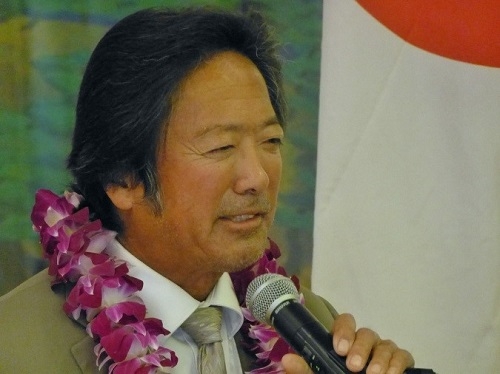 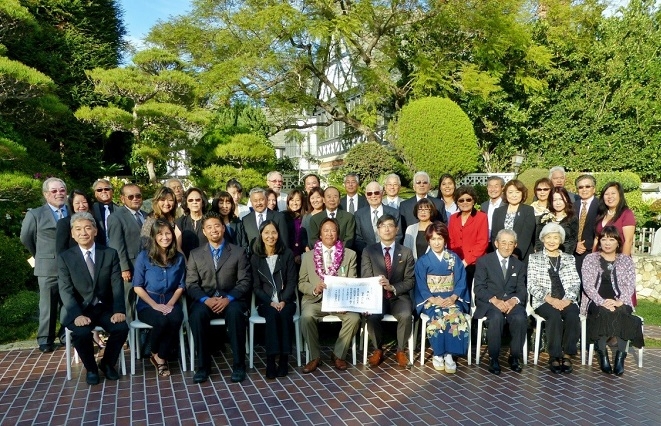