2016/12/2
On November 3, 2016, the Government of Japan announced the recipients of its Fall 2016 Decorations and within this Consulate General’s jurisdiction, Mrs. Kay Kayoko Inose was one of the recipients.
Mrs. Inose is a third-generation Japanese American born in Long Beach, California and has contributed greatly to the friendship between Japan and the United States and promotion of the Japanese American community’s welfare and status, and bonds within the community. She has been a member of the Japanese Women’s Society of Southern California since the 1980s, and served as president from 2005-2008 and 2014-15. Mrs. Inose was also involved with the Japanese American National Museum since its inception in 1986, and from 1987 to 1997, she served as the Vice President of the Board of Trustees. Mrs. Inose’s contributions to early efforts to establish the museum made possible its development into a nationally renowned institution.
From 2002 to 2005, Mrs. Inose also served as the Executive Director of the Omotesenke Domonkai (School of Tea) Southern California Chapter, and from 2012 as Vice President of the organization. She is the recipient of several community awards and continues to actively contribute to the further development of the Japanese American community through organizations such as Beikoku Shodo Kenkyukai and Nichibei Fujinkai.
The Conferment Ceremony for Mrs. Inose was held on Dec. 1 at the Official Residence of the Consul General of Japan. After the Ceremony a reception was held, which was enjoyed by all the guests. 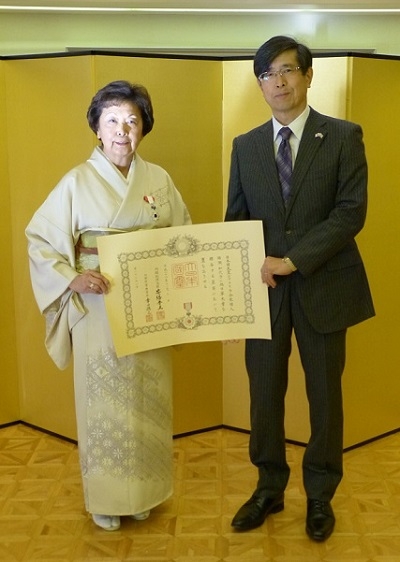 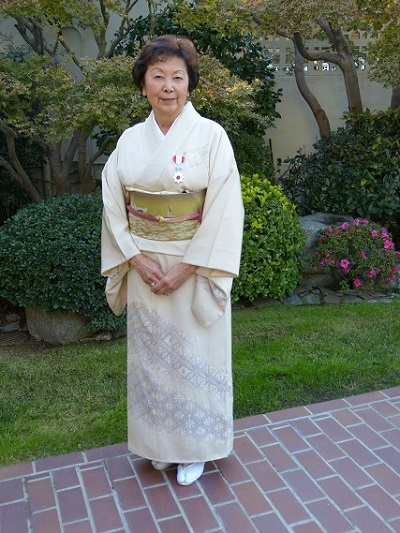 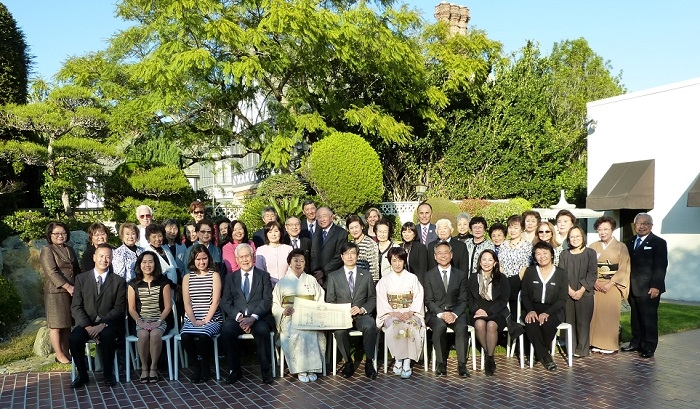