2016/7/7
On April 29th, 2016, the Government of Japan announced the recipients of its Spring 2016 Decorations, and within our jurisdiction Dr. James P. Folsom was awarded the Order of the Rising Sun, Gold Rays with Rosette.

The Conferment Ceremony for Dr. Folsom was held on June 16, 2016 at 2:00 p.m. at the Official Residence of the Consul General of Japan in Los Angeles. It was attended by approximately 40 guests, including Dr. Folsom’s family, friends, and members of The Huntington’s Board of Overseers. After the Ceremony, a reception was held and enjoyed by all the guests. 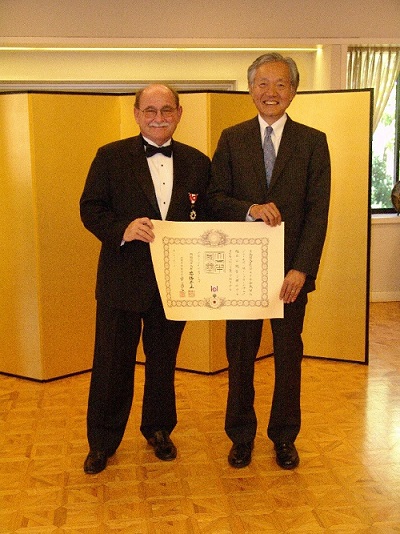 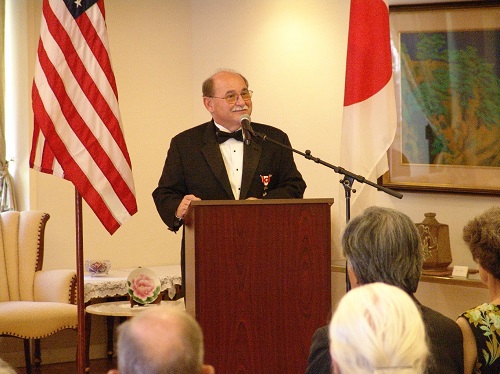 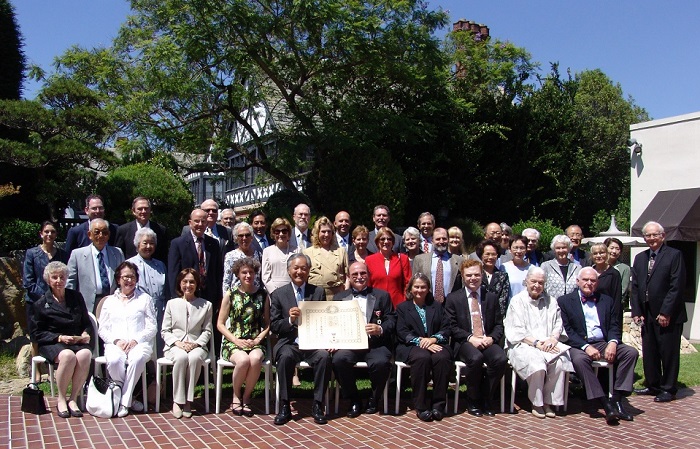