2016/7/7
On April 29, 2016, the Government of Japan announced the recipients of its Spring 2016 Decorations and within this Consulate General’s jurisdiction, Mr. Alan Takeshi Nishio was one of the recipients.

Mr. Alan Takeshi Nishio is a prominent leader in the Japanese American community, dedicating his efforts to the community’s welfare and recognition in U.S. society.  He has been involved with the Little Tokyo Service Center since its early years, serving as a Board Member from 1984, Board President from 1994-1998 and 2003-2014, and currently as Chair of the Board of Governors.  Mr. Nishio has also been involved in various efforts to promote deeper understanding of the Japanese immigrant experience in the United States.  He was the Founder and Co-Chair of the National Coalition for Redress/Reparations, and his leadership from 1980-90 assisted in the passing of the Civil Liberties Act of 1988.  Today he serves on the Board of the Japanese American Cultural and Community Center and as an Advisor to Kizuna, an organization striving to nurture the next generation of Japanese American leaders.

The Conferment Ceremony for Mr. Nishio was held on June 6, 2016 at 2 P.M. at the Official Residence of the Consul General of Japan and was attended by approximately 40 guests, including Mr. Nishio’s family and friends. After the Ceremony a reception was held, which was enjoyed by all the guests. 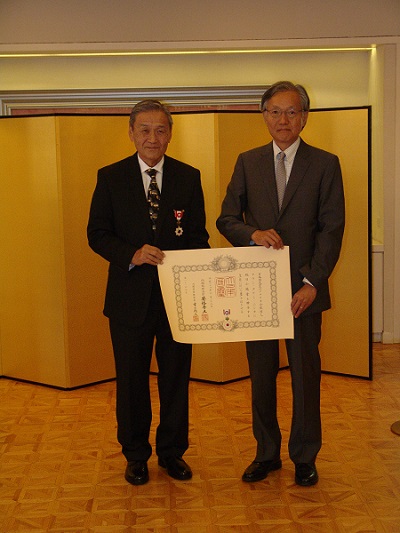 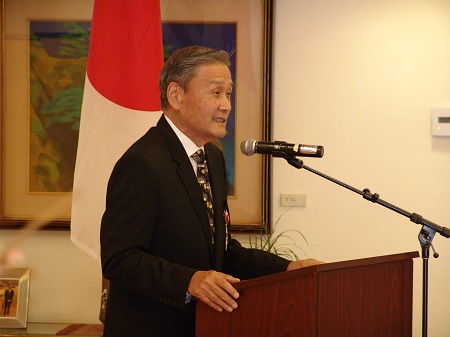 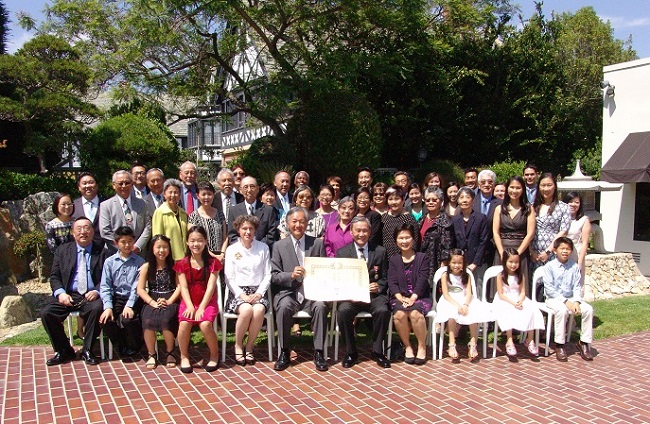