The Consulate General of Japan in Los Angeles held a ceremony for the conferment of the Foreign Minister’s Commendation upon Mrs. Hisako Shohara, President of the Ikebana Teachers’ Association of Southern California, on Friday, September 23. Consul General Akira Chiba praised Mrs. Shohara’s accomplishments and presented her with a certificate from the Foreign Minister of Japan.

The Foreign Minister's Commendations are awarded to individuals and groups for outstanding achievements in international fields and to acknowledge their contribution to the promotion of friendship between Japan and other countries. The Commendation also aims to promote understanding and support from the Japanese public for the activities of the honorees.

Mrs. Shohara began studying ikebana flower arrangement in 1942 in Japan under the instruction of the Ohara School of Ikebana. In 1956, she was certified as what is now known as “third term master”. A year later, she moved to Los Angeles. Mrs. Shohara subsequently served as the Ohara School Los Angeles chapter’s vice president from 1968 to 1980 and then as president from 1981 to 2005. During the periods of 1979-1981, 1996-1998 and 2003-2004, Mrs. Shohara was also the president of the Kado Kyojukai. In 1992, Mrs. Shohara was named as honorary advisor of the North American Ohara Teachers Association. In acknowledgement of her achievements in 2011, she was named as honorary lifetime member by the Ohara School Headquarters Center of Tokyo. And when the Ikebana Teachers Association of Southern California was launched in 2015, Mrs. Shohara was tapped as its inaugural president.

Since arriving in Los Angeles, Mrs. Shohara has shared the traditional Japanese cultural art of ikebana with the public through her teaching. In addition to private lessons, she has taught ikebana to spouses of U.S. service members formerly stationed in Japan and to students at the Los Angeles City College Community Services Program and Extension Program. In so doing, Mrs. Shohara has shared ikebana with people who may be discovering Japanese cultural art for the first time, including the younger generations.

Over the years, Mrs. Shohara has held many exhibits, lectures and presentations for audiences in California and Arizona. In recognition of her achievements, she was presented “The Woman of the Year” award in 2003 by the Japanese Women’s Society of Southern California and the Japanese American Citizens League, Downtown Los Angeles Chapter.

The award ceremony which conferring the Foreign Minister’s Comendation upon Mrs. Hisako Shohara took place on Friday, September 23 at the Official Residence of the Consul General of Japan, with Mrs. Shohara’s family members, friends, fellow ikebana teachers and students in attendance. In conferring the Commendation to Mrs. Shohara, Consul General of Japan in Los Angeles Akira Chiba outlined her achievements over many years in popularizing ikebana culture and providing for its transmission to the next generation. In turn, Mrs. Shohara spoke about her happiness in receiving the award and shared her appreciation for all the support she received up to this point from her family, friends, other ikebana teachers and her students.

Mr. Robert Hori, Gardens Cultural Curator and Program Director at The Huntington Library, Art Collections, and Botanical Gardens, delivered congratulatory remarks and read a congratulatory message from the Headmaster of the Ohara School of Ikebana. Rev. Mark Nakagawa, United Methodist Church District Superintendent, California-Pacific Conference West District, and a long-time family friend, then led the entire group in a toast to Mrs. Shohara in her conferment of the award and to her health, and moreover invoked good wishes for her future activities. After a commemorative photograph, the attendees enjoyed a reception with Consul General and Mrs. Chiba. 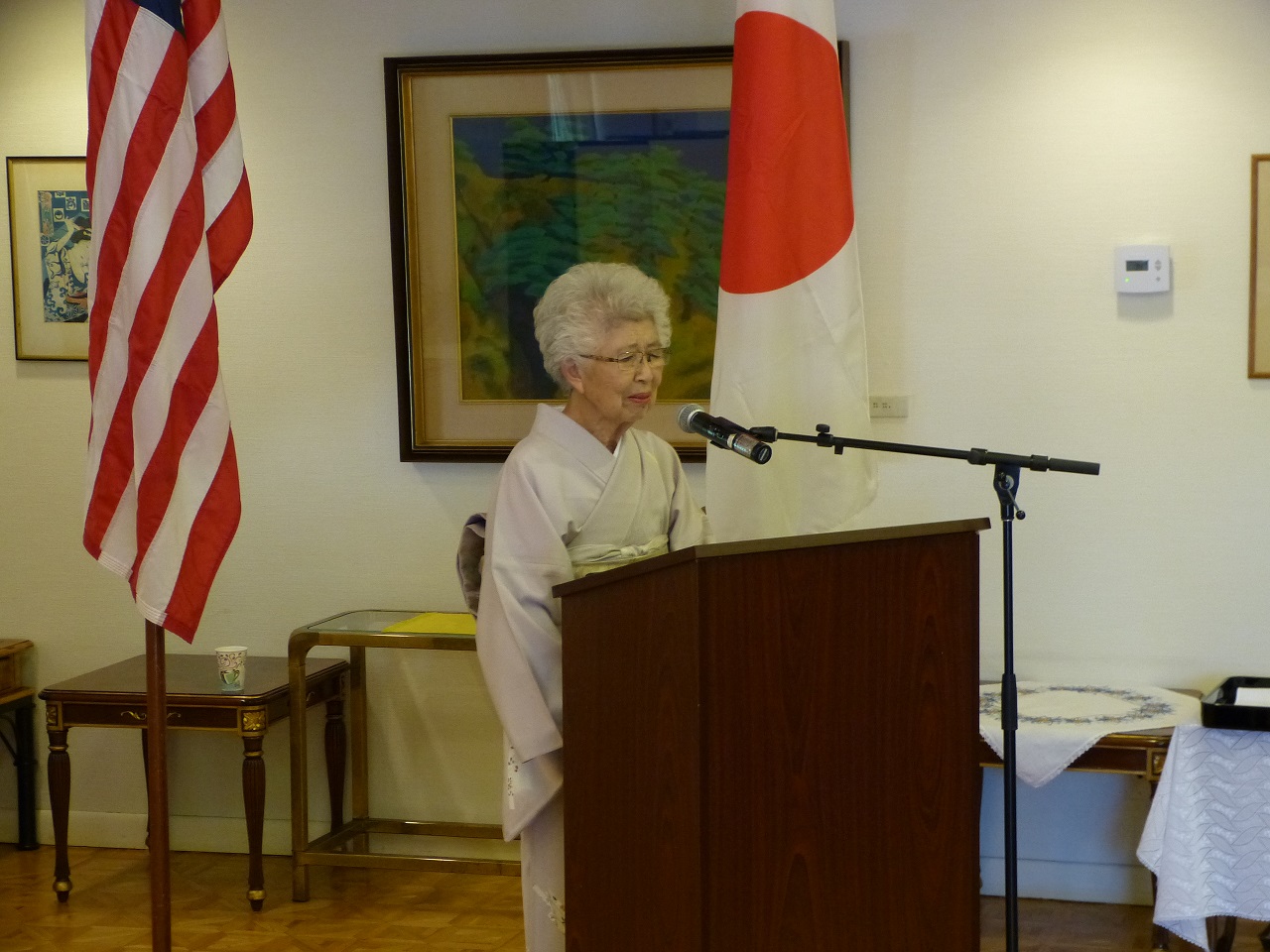 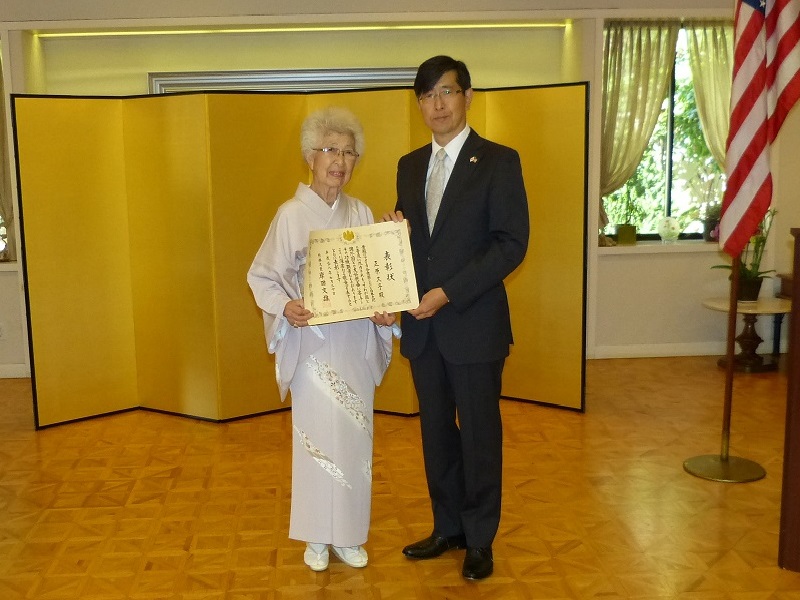 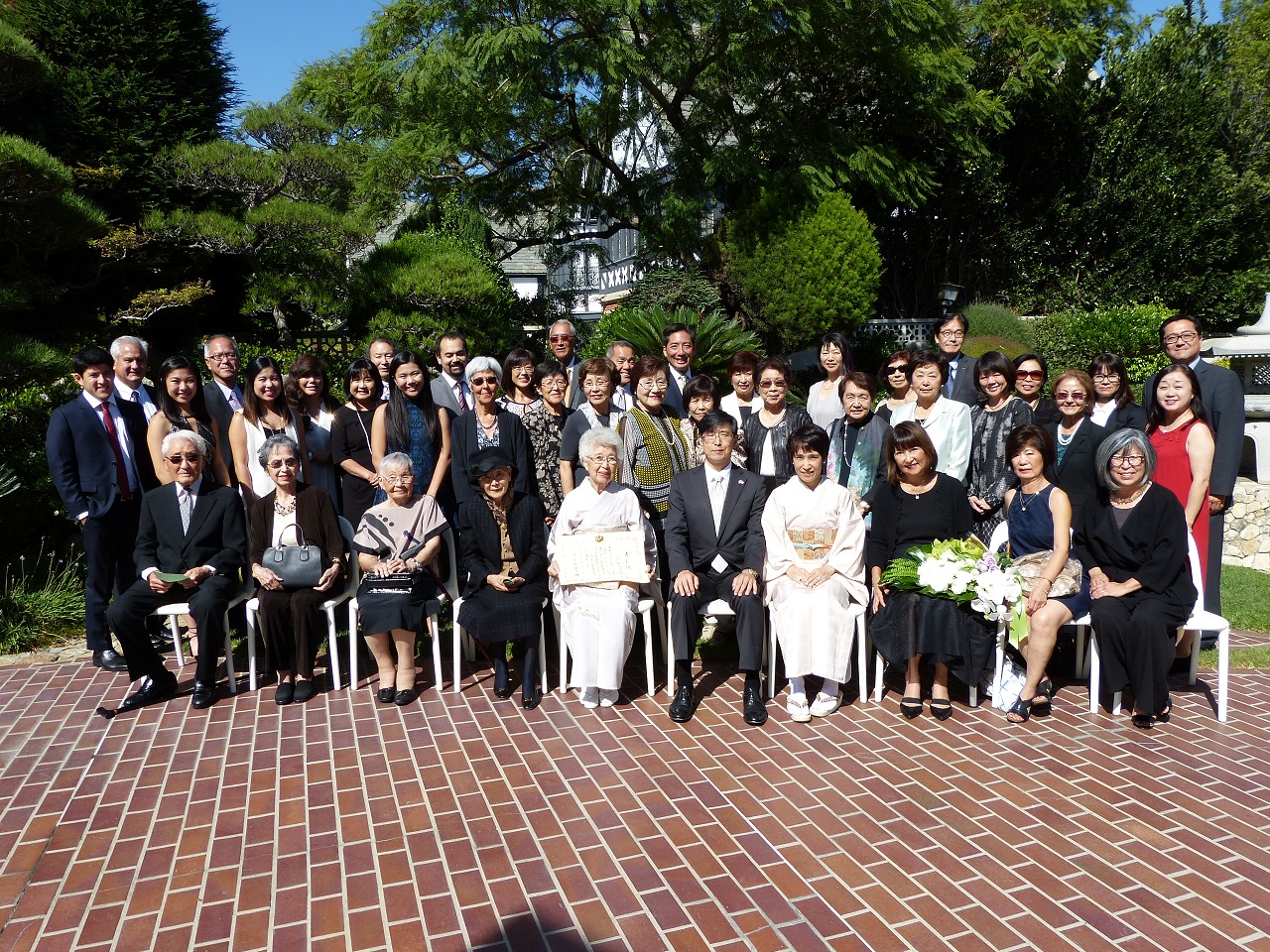