2016/1/8
On November 3, 2015, the Government of Japan announced the recipients of its Fall 2015 Decorations and within this Consulate General’s jurisdiction, Mr. Terry Saburo Hara was one of the recipients.

Mr. Hara joined the Los Angeles Police Department in 1980 and in 2008 became the first Asian American Deputy Chief in the department’s history, serving until his retirement in March 2015. As Deputy Chief, he furthered the dialogue between Asian American communities and the department and supported Japanese American community organizations. Through these and related efforts, he greatly raised the profile of Japanese Americans in Southern California. He also served as Board Chair of the Japan America Society of Southern California from 2013 to 2015, especially focusing on relief to those affected by the Great East Japan Earthquake. He has also served additional organizations including the Japanese Chamber of Commerce of Southern California, Japanese American Cultural and Community Center, Go For Broke National Education Foundation, and the Nisei Week Foundation as President in 2009 and 2015.

The Conferment Ceremony for Mr. Hara was held on December 10, 2015 at 2 P.M. at the Official Residence of the Consul General of Japan and was attended by approximately 40 guests, including Mr. Hara’s family and friends. After the Ceremony a reception was held, which was enjoyed by all the guests. 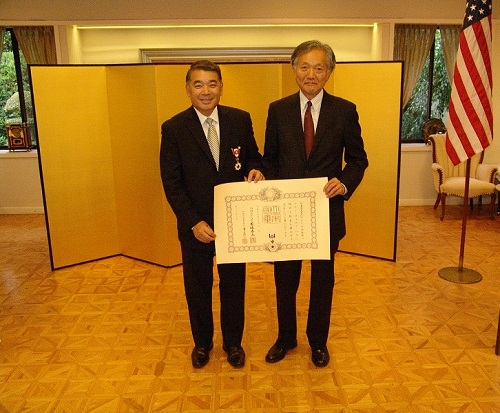 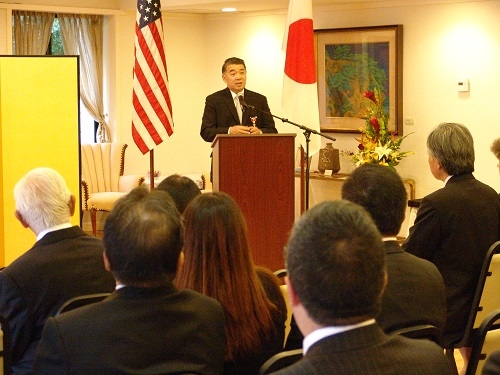 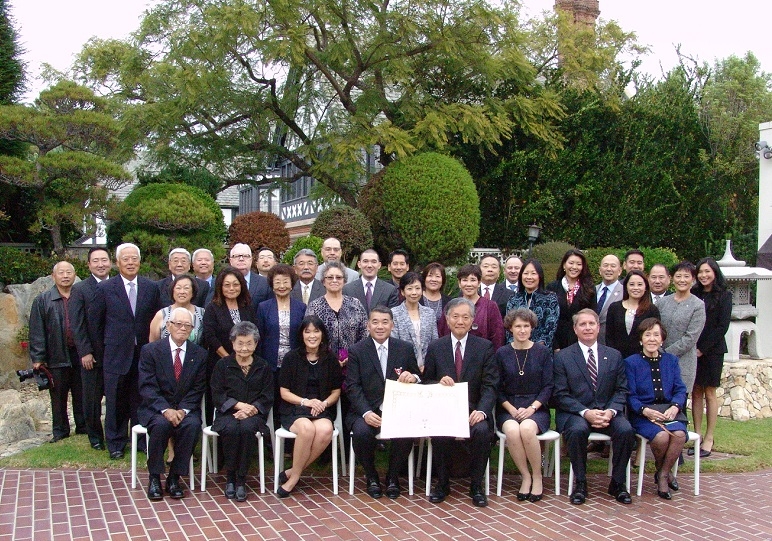